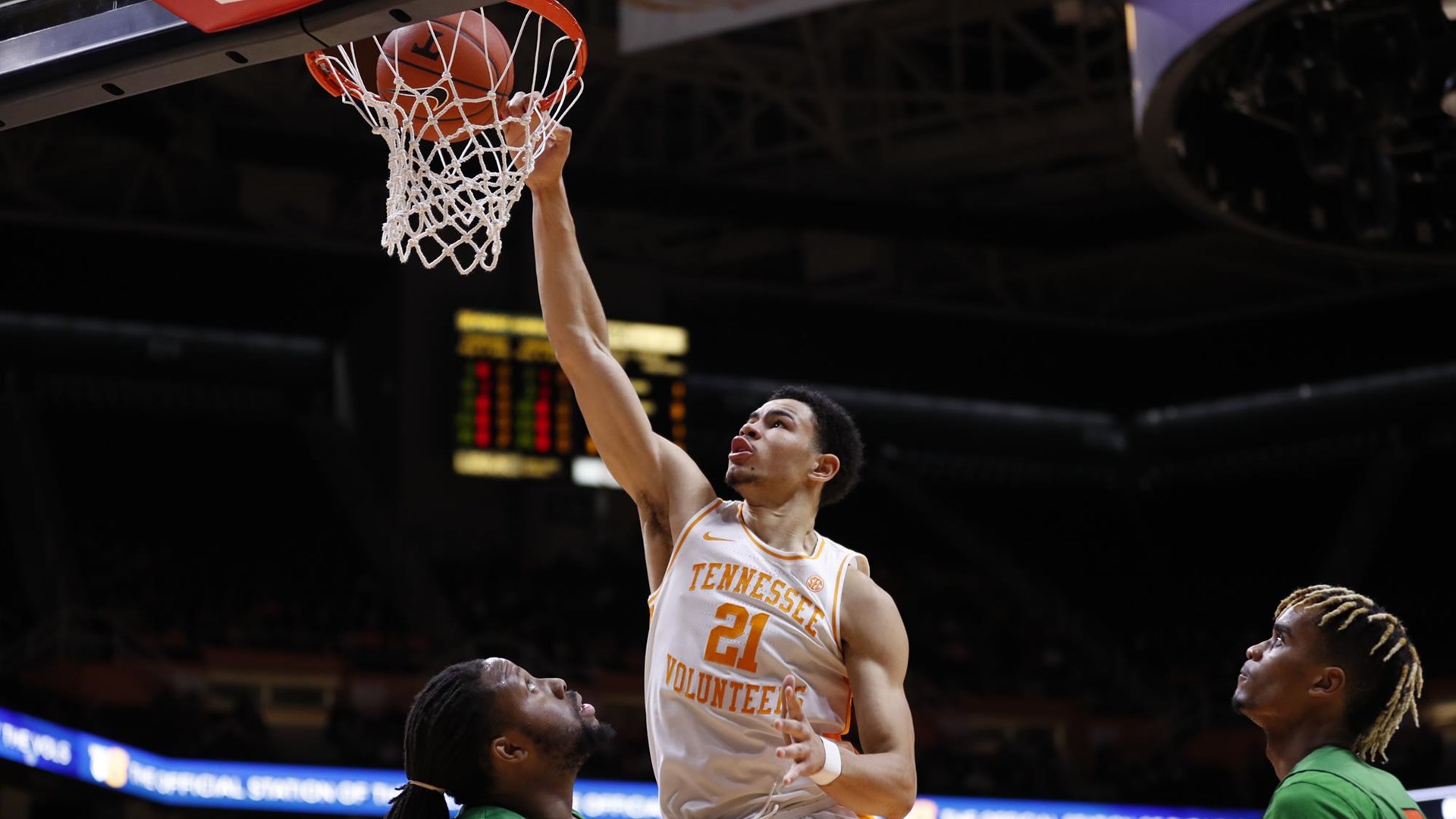 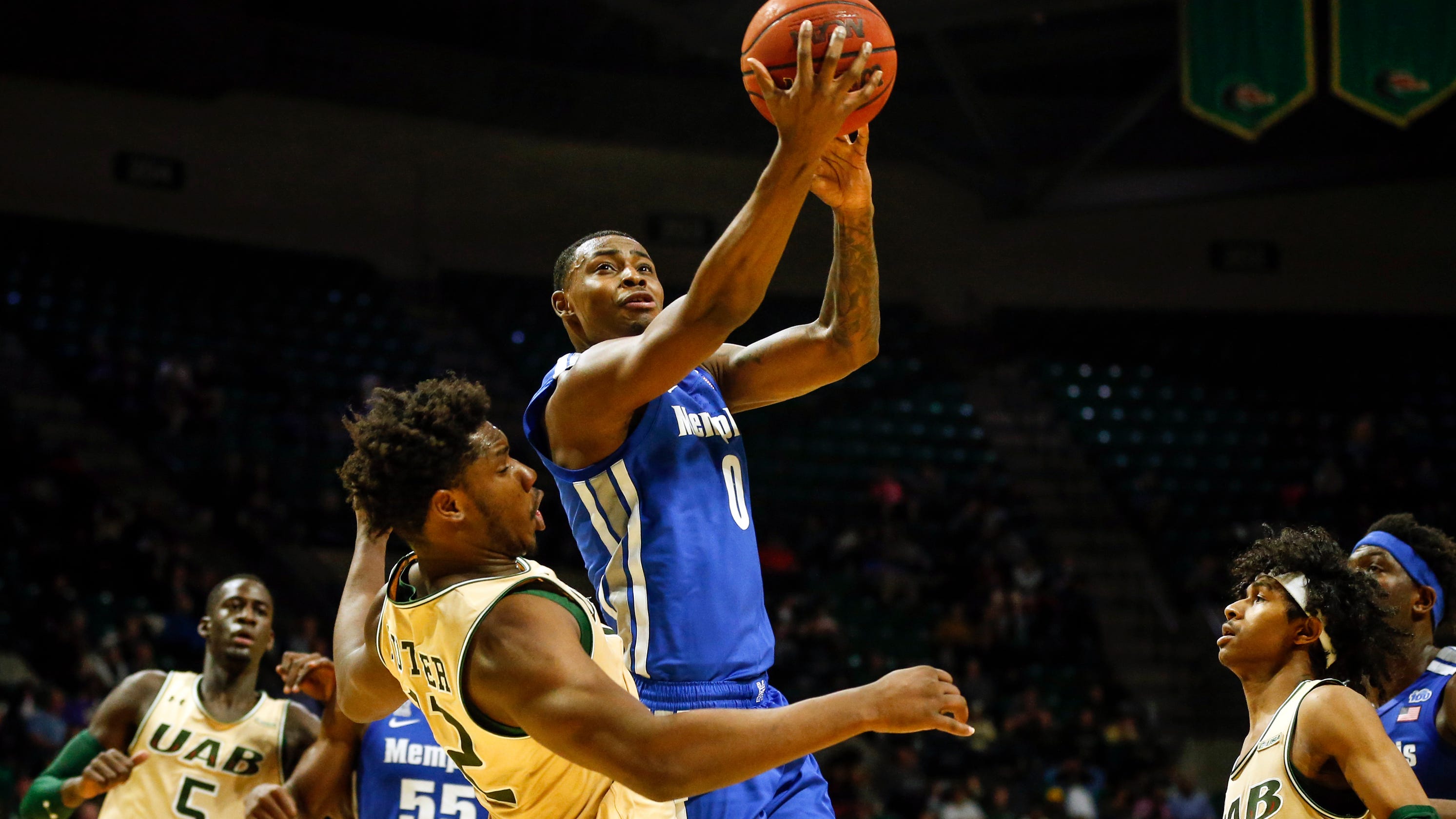 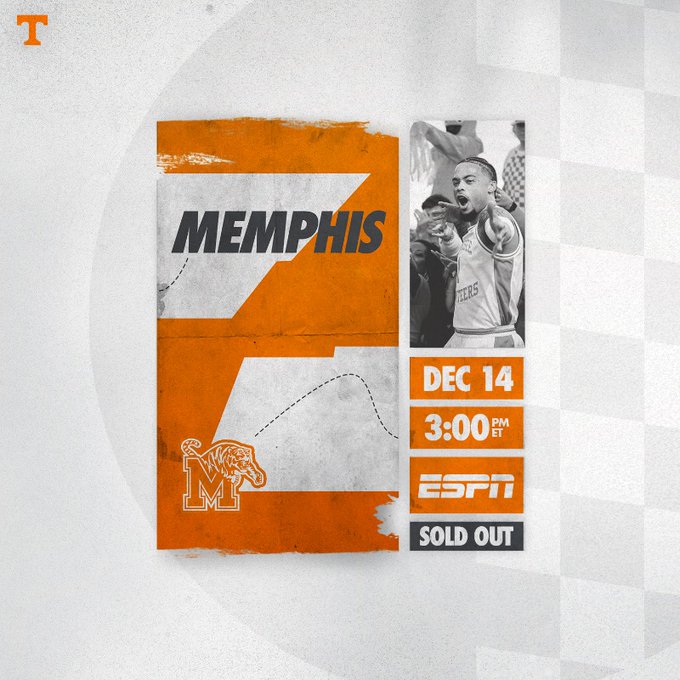 • Tennessee leads its all-time series with Memphis 15-11, dating to 1969.
• The teams have met 11 times in Knoxville, with the Vols holding a 7-4 edge.
• The Vols are 45-39 all-time against current members of the American Athletic Conference.
• Rick Barnes owns a 3-1 record vs. Memphis and a 21-18 record against current members of the AAC.
Likes: xtremevolfan, sport3500, RollerVol and 4 others

• Be Rick Barnes' 700th career head coaching victory.
• Give the Volunteers their 32nd consecutive home win; it is the longest active home win streak in Division I.
• Give Tennessee a 3-0 record against ranked teams this season.
• Give Tennessee a 55-15 record as a ranked team (AP rankings) during the Barnes era.
• Extend UT's win streak over in-state opponents to nine games.
Likes: xtremevolfan, sport3500, RollerVol and 4 others

• 381 miles of Interstate 40 separate these in-state foes.
• This is just the second meeting in the series in which both teams are ranked in the AP top 25.
• More than 20 NBA scouts have been credentialed for Saturday's game.
• Saturday's game completes the home-and-home portion of this series' current three-game contract. The Vols and Tigers are slated to meet next season in Nashville at Bridgestone Arena.
• Tennessee's 1979 SEC Tournament championship team will be honored during halftime Saturday.
• Tennessee is coming off a nine-day break between games, as fall semester final exams took place this week. Vols junior Jalen Johnson will take part in Friday's commencement and receive his degree in Communication Studies.
• This is the first of back-to-back games against AAC opponents for the Vols. Tennessee plays at Cincinnati on Wednesday.
Likes: xtremevolfan, sport3500, davethevol and 5 others

• Tennessee is ranked No. 19 in this week's AP poll and is tied with Memphis for No. 17 in the current coaches poll.
• In the Vols' last game, Tennessee true freshmen accounted for 28 points and 24 rebounds.
• Tennessee leads the SEC in scoring defense (55.9 ppg) and blocks per game (6.0 bpg, 13th nationally).
• Per KenPom.com, the Vols are ranked 16th nationally in adjusted defensive efficiency.
• Lamonté Turner leads the SEC and ranks fifth in the country with 7.6 assists per game.
• Josiah-Jordan James leads the Vols and ranks 11th in the SEC with 6.8 rebounds per game. He is the top-rebounding freshman in the league.
• John Fulkerson is shooting a team-best .692 from the field (36 of 52) while averaging a career-best 11.4 points per game. He ranks third in the SEC with a "true shooting percentage" of .697.
Likes: xtremevolfan, RollerVol, InVOLuntary and 2 others

• The 13th-ranked Tigers currently sit at 8-1 with their only loss coming to Oregon at a neutral site. Memphis is riding a six-game win streak and is off to its best nine-game start since it began the 2010-11 season with the same record.
• The Tigers have been led by freshmen forwards Precious Achiuwa and D.J. Jeffries who rank first and second for the Tigers in points, rebounds and blocks. The duo has been solid for Memphis during the absence of classmate James Wiseman.
• Achiuwa, Jeffries and Wiseman are three of the seven-man contingent of four- and five-star talents who have already made an impact for the Tigers in this young 2019-20 campaign.
• This group of freshmen looks to replace the impact of point guard Jeremiah Martin who led the AAC in scoring last season (19.3 ppg) while also leading the Tigers in assists (4.4 apg), steals (2.2 spg) and minutes (34.3 mpg).
• Guard Alex Lomax has also been key for the Tigers coming off the bench. In nine games as a reserve, Lomax is averaging 9.1 points, a team-leading 4.5 assists and 3.6 rebounds per game while also making his impact felt on the defensive end, averaging 1.4 steals per contest.
• Memphis' blue and gray colors were chosen in an effort to show unity in a nation that was still recovering from the Civil War. The student body thought that by picking the colors of the North and the South, the school would show a togetherness among all students.
• Tom (Tigers of Memphis) III, Memphis' mascot, is one of two live Tiger mascots among NCAA Division I schools. LSU's Mike the Tiger is the other.
Likes: xtremevolfan, RollerVol, InVOLuntary and 3 others

This will be a 3 beer (At least) Proposition.

In to say Memphis State and Penny can go to hell.
Likes: Catbone, VolSoldier4lyfe, VolFreakJosh and 2 others

I wonder who will be on hand? Bert for sure and Terry Crosby is in town. I hope that Big Sexy makes it. Somebody dropped the ball in the UTAD. 1978-79 was 41 years ago.

If Diesel does make an appearance, it will be interesting to see if he and Devoe are on speaking terms. Just sayin'.

Pumped for this one. Will be headed in from Memphis in the morning.
Likes: knucklehead_vol, cardvolfan, Phil-A-Man Jaro and 1 other person
C

Thunder Good-Oil said:
I wonder who will be on hand? Bert for sure and Terry Crosby is in town. I hope that Big Sexy makes it. Somebody dropped the ball in the UTAD. 1978-79 was 41 years ago.

If Diesel does make an appearance, it will be interesting to see if he and Devoe are on speaking terms. Just sayin'.

This is the team that beat Kentucky 3x in a season.
Likes: StarRaider, cardvolfan, 1985Vols and 5 others

Sure hope we win this one and keep that home streak going. Hate Memphis and Penny...would love to beat them on our home court.
Likes: cardvolfan, feathersax and sanglemangle

Click to expand...
Great press from ESPN for our program. Figures, there had to be that one guy...

We win by 8-10. 50 if they call all the flops. I think Penny gave all the incentive Barnes and this team needs from his comments last year. They haven't really played anyone yet.
Likes: cardvolfan and feathersax

been watching volnation for 5 years and following vol bball after my dad to me to my first game on vandy's floor in early 50s.

Slydell said:
We win by 8-10. 50 if they call all the flops. I think Penny gave all the incentive Barnes and this team needs from his comments last year. They haven't really played anyone yet.
Click to expand...
Time to take Henny Penney & his floppers to the Barnes for a proper flogging.
Likes: mad4vols, cardvolfan and Slydell

It's my weekend to work so I will be avoiding the Live action to avoid the score and slobber all over the tv remote when I get home tonight!

Would love a dominant game today but I will be tickled with a squeaker!