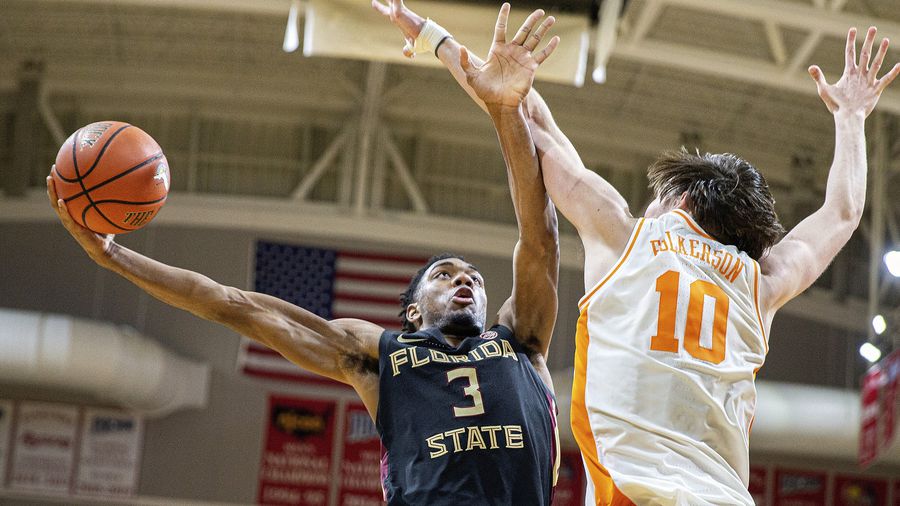 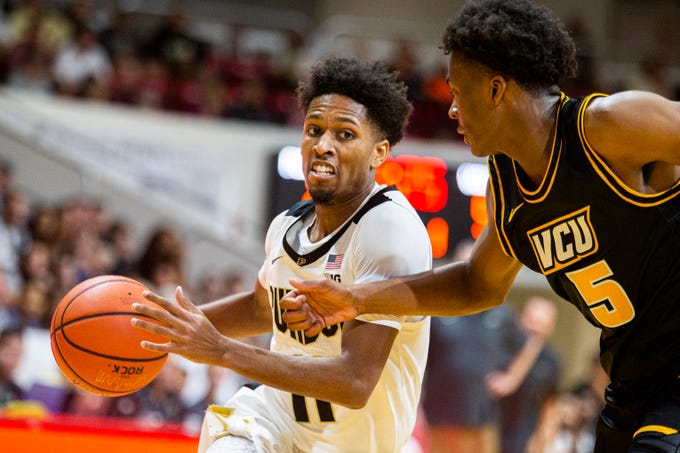 THE SERIES
• Tennessee leads its all-time series with VCU 4-1, dating to 1981.
• Tennessee is 26-14 all-time against current members of the Atlantic 10 Conference.
• Rick Barnes won his only previous meeting with VCU, and it came during his first season as a college head coach (1987-88) when he was at George Mason. Barnes is 11-8 against all current members of the A10, including an 0-1 mark at Tennessee.
Last edited: Nov 30, 2019
Likes: sport3500

STORYLINES
• Rick Barnes spent time in Virginia when he was the head coach at George Mason for the 1987-88 season.
• Tennessee Director of Basketball Operations Mary-Carter Eggert is a native of Richmond.
• VCU senior De'Riante Jenkins took an official visit to Tennessee when he was a prospect. He was one of four official visitors that weekend, and the three players who joined him all were NBA Draft picks—Jordan Bone (Tennessee), Josh Okogie (Georgia Tech) and Grant Williams (Tennessee).
Last edited: Nov 30, 2019
Likes: sport3500

LAYUP LINES
• Tennessee is ranked No. 17 in this week's AP poll and No. 16 in the current coaches poll.
• Other than the SEC Tournament in March, this week marks the only time this season Tennessee will play on back-to-back days.
• Tennessee leads the SEC in blocks per game (6.8 bpg) and assists per game (16.5 apg).
• Yves Pons has 17 total blocks through six games this season. His 2.8 bpg leads the SEC.
• Josiah-Jordan James leads the Vols and ranks 11th in the SEC with 7.2 rebounds per game. He is the top-rebounding freshman in the league.
Last edited: Nov 30, 2019

ABOUT VCU
• VCU is coming off a nail-biting loss to Purdue in their Friday matchup at the Emerald Coast Classic, 59-56.
• Before heading south to the Emerald Coast Classic, VCU opened its season with six straight home games, most notably defeating nationally ranked LSU 84-82 inside the Siegel Center.
• Under second-year head coach Mike Rhoades, the Rams are fresh off their first outright Atlantic 10 regular-season title in 2018-19. They did so using a stifling defense that ranked seventh in the nation in adjusted defensive efficiency (89.5), holding opponents to 28.5 percent shooting from 3-point range and a 43.8 percent mark from two-point range while forcing turnovers on more than 23 percent of their total defensive possessions.
• While the Rams excelled on the defensive side of the ball, they will look to improve upon a rough year shooting the ball from behind the 3-point line. VCU ranked 332nd in shooting the ball from behind the arc last season, with a 3-point percentage of .305.
• The Rams will look to rely on senior guard Marcus Evans. Evans is coming off an injury-plagued past two seasons that saw him tear both of his achilles since transferring to VCU from Rice prior to the 2017-18 season. He currently leads the Rams in both scoring (13.8 ppg) and assists (2.7 apg) through six games.
• Junior forward Marcus Santos-Silva is currently 20th in the country in rebounding, averaging 10.5 rebounds per game.
• VCU's hospital performed the state of Virginia's first-ever liver, kidney and heart transplants, while also becoming the first hospital on the east coast to conduct an artificial heart transplant. #DonateLife
Last edited: Nov 30, 2019
Likes: sport3500

I'll update once UT Sports has the info

We need to win this. Where is our offense?
Likes: TrueVolsGBOInsider, TrumpedUpVol and Vols All Day
C

To the sky is falling group. It's one game. They played just about as bad as they could and lost by 3. Could have been a blow out for sure. Relax and just enjoy the season.
Likes: VFL49er, TrueVolsGBOInsider, Rickyvol77 and 4 others

We have no inside presence. I dont see how that isn't going to bite us later during the season

cwbytruckers said:
To the sky is falling group. It's one game. They played just about as bad as they could and lost by 3. Could have been a blow out for sure. Relax and just enjoy the season.
Click to expand...
SO you're saying some VOL fans overreact?
Likes: Rickyvol77, livefaith, Beagle Bill and 1 other person

On at the same time as the football game. 😒
Likes: NATHAN05, cardvolfan, feathersax and 1 other person

A woke son of liberty

LivinginthePast said:
We need to win this. Where is our offense?
Click to expand...
In the NBA.
Likes: dillyo51, Gary10ec1, NATHAN05 and 8 others

LivinginthePast said:
We need to win this. Where is our offense?
Click to expand...
In Boston
Likes: vols 30

Click to expand...
They are still mad about the Fiesta Bowl. Lol. Can't spell *ucking Shut Up without FSU.

NEVER seen a team so excited about winning a meaningless game in November in basketball. Geez.
Likes: NATHAN05, wwilso29, Rickyvol77 and 2 others
C

Click to expand...
Wow, I would say a pretty bold (translation, dumb) move on the part of whoever was responsible. Good fodder for, say, March.
Likes: Orange_Vol1321 and Vols All Day

I believe you can stream the game from the ECC website. find the schedule page.

VCU’s defense is 5th in the country in forcing turnovers 😒

Looks like their leaders in steals come from their 1, 2 and 5 positions. Need Turner, Bowden and Fulky to play like veterans. Need Turner to bounce back in a big way today

calban said:
I believe you can stream the game from the ECC website. find the schedule page.
Click to expand...
Was about to ask about this. Is that the only way to watch?

ndubvols said:
Was about to ask about this. Is that the only way to watch?
Click to expand...
Freak posted a youtube page. No TV. If they're invited to this tourney again, I hope they tell them to pound sand.
New posts
You must log in or register to reply here.
<< Tennessee Vols Basketball Forum
Share: Facebook Twitter Email Link