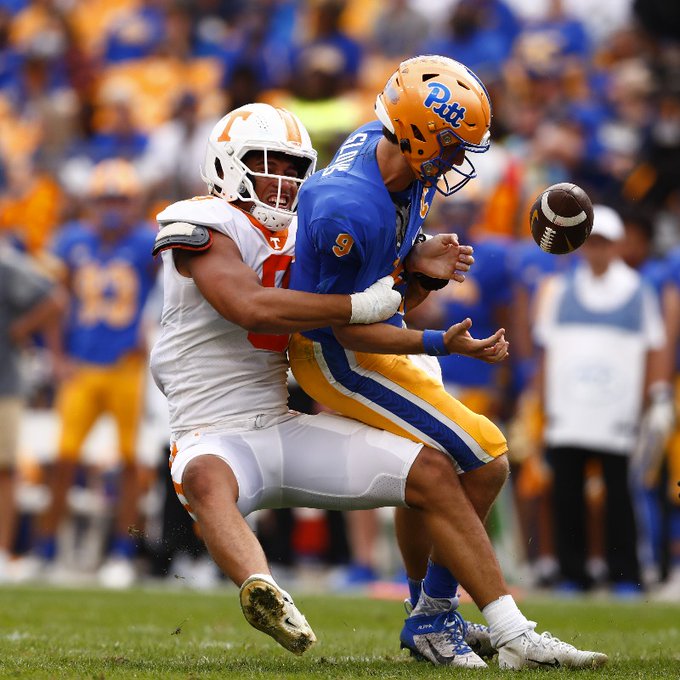 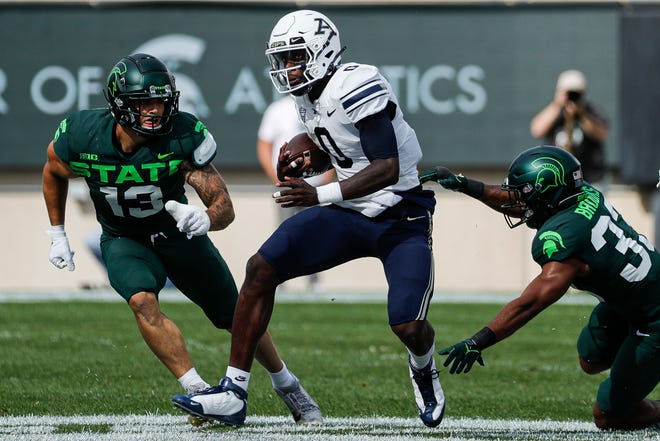 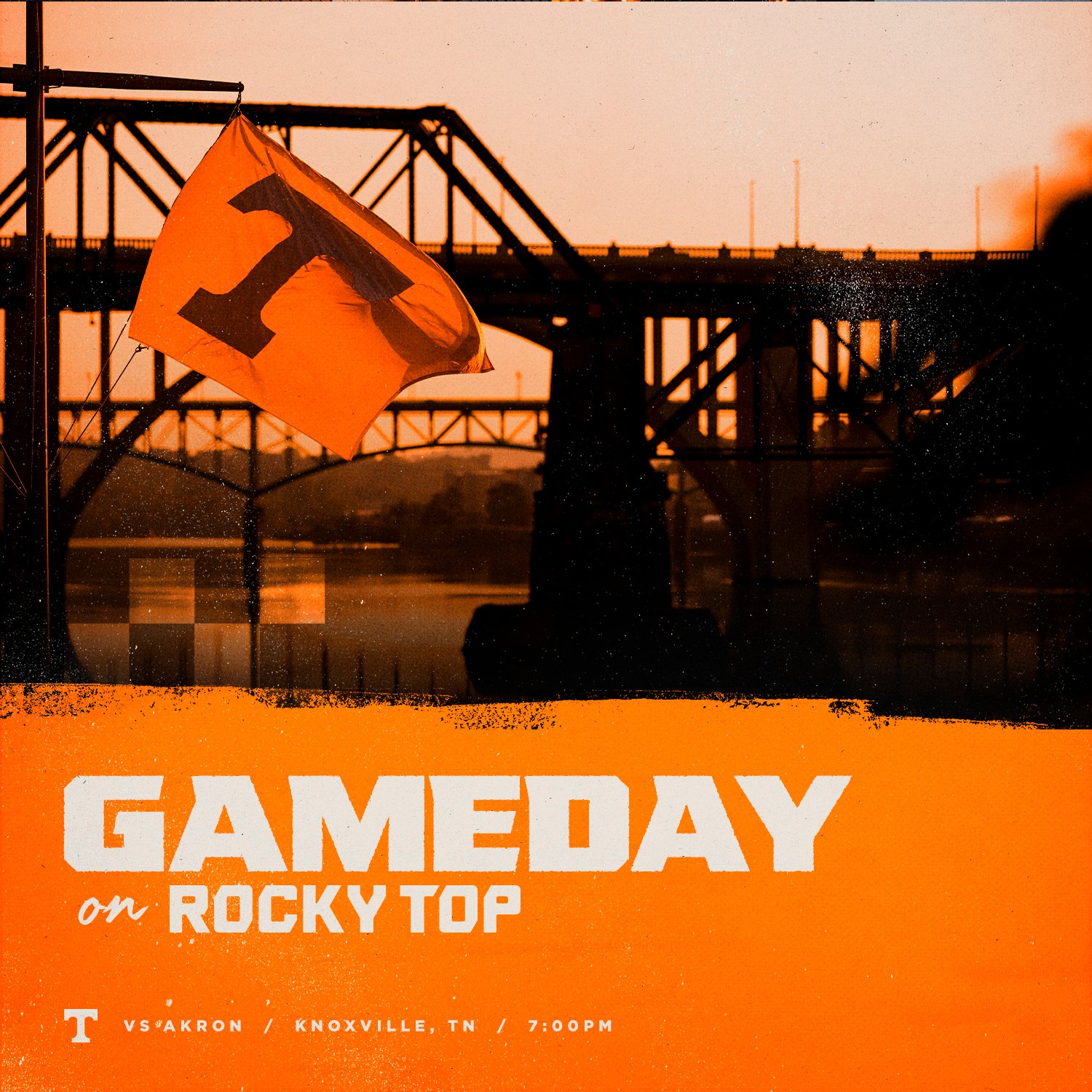 Likes: Gandalf, zeppelin128, mad4vols and 11 others

Neyland at Night
Friday is the 50th anniversary of the first night game in Neyland Stadium. On Sept. 16, 1972, No. 7 Tennessee topped Joe Paterno's No. 6 Penn State, 28-21. Saturday's battle against the Zips will be the second night game for the Vols this season after defeating Ball State, 59-10, in the season opener.

Takeaways
Tennessee's defense has forced multiple turnovers in three straight games dating back to last season. They have collected at least one interception in four straight contests, which is UT's longest streak since doing it in five consecutive games in 2018. The Vols have recorded four takeaways thus far this season, which ranks tied for fourth in the SEC.

Vols in the Polls
Tennessee is ranked in the Associated Press Top 25 for the second straight week, while making its debut in the AFCA Coaches Poll. The Vols are No. 15 in the AP and No. 16 in the Coaches. It's UT's first top-15 ranking since Oct. 4, 2020, when the Vols assumed the No. 14 spot after besting Missouri, 35-12.

Josh Heupel's UCF teams were ranked a total of 27 weeks in his three seasons in Orlando. Their highest ranking in the Heupel era was No. 7 when it played in the 2018 AAC Championship Game and then the Fiesta Bowl.

Beasley Bringing the Boom
Senior linebacker Aaron Beasley has been all over the field for the Vols to start the season, leading the team with 22 total tackles and ranking second in the SEC with 11.0 tackles per game. The Georgia native led all players and tied a career high with 14 tackles in Tennessee's road victory over Pitt last weekend. He also added a tackles for loss, a pass breakup and three quarterback hurries in the win over the Panthers.
Likes: Gandalf, zeppelin128, malinoisvol and 7 others

Tennessee leads series, 2-0
Saturday will mark the third meeting between the Vols and Zips. Tennessee earned wins in each of the prior matchups, 47-26 in 2012 and 52-9 in 1989. In those two previous meetings, UT is averaging 610.5 yards of total offense. Akron is the only team the Vols have faced multiple times and are averaging over 600 yards of offense against.
Likes: zeppelin128, SAPPER 5, 5FingerVolPunch and 1 other person

The Zips are coached by Joe Moorhead, who is in his first season leading the program after previous stops as the offensive coordinator at Oregon (2020-21) and the head coach at Mississippi State (2018-19). Akron enters Saturday's game with a 1-1 record following a season-opening win over St. Francis and a road loss to Michigan State.

Redshirt junior quarterbacks DJ Irons and Jeff Undercuffler Jr. split time under center in the Zips loss to the Spartans last weekend. For the year, Irons leads the team with 409 passing yards and two passing touchdowns while adding 44 yards on the ground, as well. Redshirt sophomore running back Cam Wiley leads the team in rushing with 114 yards and two touchdowns on 31 attempts. Senior wide receiver Shocky Jacques-Louis has been Akron's top target in the passing game with 11 receptions for 153 yards and one touchdown.

Defensively, the Zips are led by redshirt senior defensive lineman Victor Jones, who has racked up 13 tackles and leads the team with four tackles for loss and a sack. Jalen Hooks, Tyson Durant and Zach Morton have all recorded an interception for Akron on the year, as well.
Likes: Volfan1000, zeppelin128, SAPPER 5 and 3 others

I was just about to step in and make the thread.
Likes: Volfan1000, TennesseeTarheel and volz2wallz

Freak said:
I was just about to step in and make the thread.
Click to expand...
I said first thing in the morning.
Likes: Rifleman

YankeeVol said:
I said first thing in the morning.
Click to expand...
That was like four hours ago for some of us.

Freak said:
That was like four hours ago for some of us.
Click to expand...
Some of us work for a living
Likes: SAPPER 5

YankeeVol said:
Some of us work for a living
Click to expand...
Thanks YankeeVol!!!
Likes: YankeeVol

YankeeVol said:
Some of us work for a living
Click to expand...
I figured maybe you were just rolling out of bed.
Likes: Old Geezer, malinoisvol, SAPPER 5 and 1 other person
V

50th anniversary of my first game with my dad! Sat on the grass hill behind the north end zone.
Likes: P.O.T.S. VOL, bugsme, 24/7vol and 6 others

Likes: HuntlandVolinColo, P.O.T.S. VOL, The Vin Man and 12 others

The Original Fade said:
I would like us to put up 70+
Click to expand...
When is the last time that happened?

If anyone is watching Game Day, was there any mention of us and our win last week? Just wondering.

My favorite time of the year!

The Original Fade said:
I would like us to put up 70+
Click to expand...
Yeah, and I'd like to see at least half of those points put up by non-starters. That would make for a perfect game, IMO.
Likes: guido4198, SAPPER 5 and joevol33