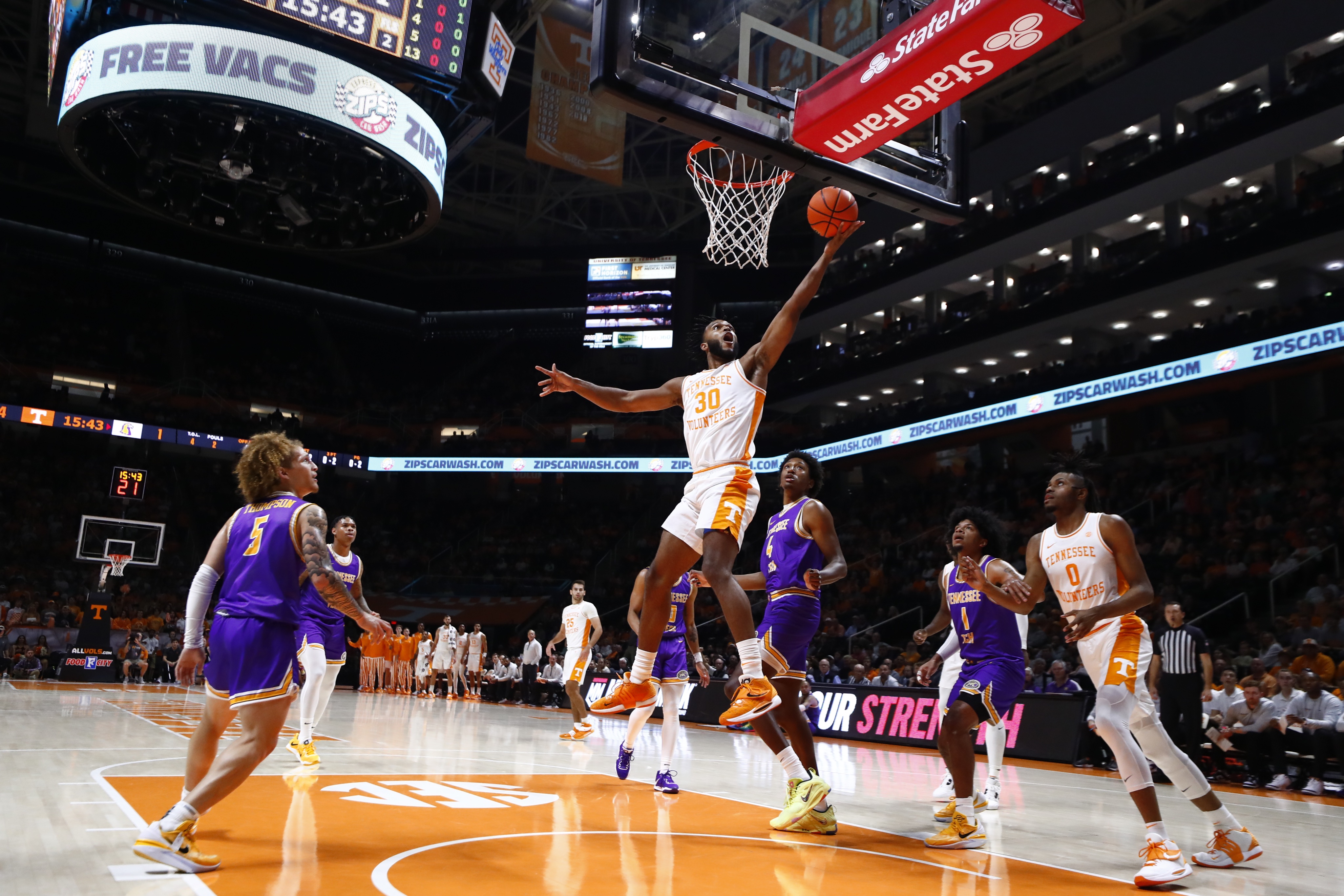 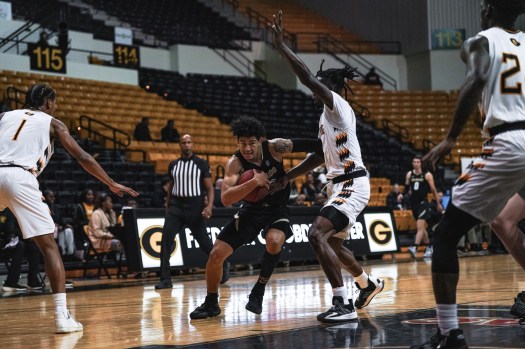 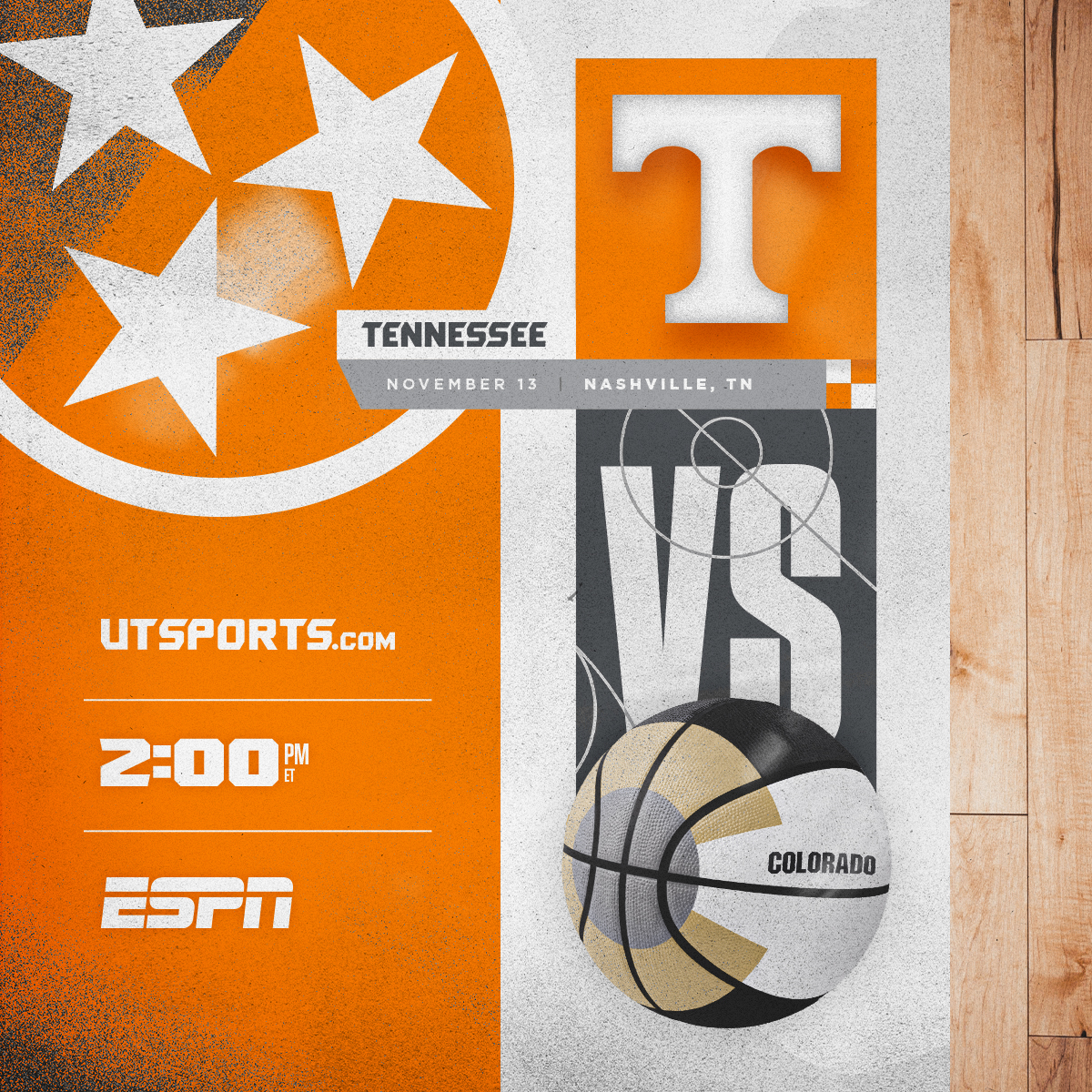 • Tennessee leads its all-time series with Colorado, 4-0, dating to 1980.
• Sunday's game completes the current three-game contract in this series. The Vols won in Knoxville to open the 2020-21 campaign and also knocked off the Buffs last season in Boulder. See Page 4 for a full recap of last year's meeting.
• The Volunteers are 22-12 all-time against current members of the Pac-12 Conference, while Rick Barnes is 34-23 as a head coach vs. Pac-12 opposition.
• During the Barnes era, the Vols are 4-2 vs. Pac-12 teams.
• Colorado head coach Tad Boyle was Tennessee's administrative assistant/director of basketball operations under head coach Jerry Green during the 1997-98 season. That team finished 20-9 and earned an NCAA Tournament berth.
• Colorado assistant coach Rick Ray was the head coach at Mississippi State from 2012-15.
Likes: HeadVol77, I4Vols, Vols All Day and 3 others

• Sunday marks Tennessee's first of two regular-season games away from Knoxville against Pac-12 opponents. The Vols play at Arizona on Dec. 17.
• The Volunteers are 10-9 all-time at Bridgestone Arena.
• Tennessee returns to Bridgestone Arena March 8-12 for the SEC Tournament.
• The Vols were 13-1 last season when making 10 or more 3-pointers. They made 14 Monday vs. Tennessee Tech.
• The Volunteers tied a Barnes-era high with 17 steals Monday vs. Tennessee Tech. Nine different Vols had a steal in the win, with Tyreke Key, Santiago Vescovi and Jahmai Mashack each recording three.
• The Vols are healthy entering Sunday's showdown after Josiah-Jordan James returned to the lineup for Monday's opener.
• Tennessee has solid depth, with nine players logging at least 10 minutes vs. the Golden Eagles.
Last edited: Nov 13, 2022
Likes: HeadVol77, I4Vols, Vols All Day and 2 others

• Tennessee tested itself prior to tipping off the regular season with a pair of exhibition matchups against perennial powerhouses Michigan State and Gonzaga.
• The Volunteers used a dominant second half to down No. 2 Gonzaga on Oct. 28 in Frisco, Texas, 99-80. See Page 3 for more.
• Senior Santiago Vescovi and sophomore Zakai Zeigler were named to the preseason All-SEC first team by the league's head coaches. The coaches also selected senior Josiah-Jordan James as a second-team selection. All three Vols also landed on the media's preseason All-SEC teams.
• Vescovi and Zeigler also both made the Atlanta Tipoff Club's 50-man Naismith Trophy watch list.
• After facing Colorado Sunday, UT returns home to host Florida Gulf Coast on Wednesday. The Vols then depart for the Battle 4 Atlantis in the Bahamas on Monday, Nov. 21.
Likes: Volfan1000, HeadVol77, I4Vols and 3 others

• Colorado defeated UC Riverside at home in its season opener on Monday, 82-66. The Buffaloes are set to play one more game—at Grambling State on Friday—before taking on Tennessee in Nashville on Sunday.
• CU also defeated Nebraska in a charity exhibition on Oct. 30 at home, 72-61.
• The Buffaloes finished 21-12 (12-8 Pac-12) overall last season and qualified for the NIT.
• Colorado head coach Tad Boyle is in his 13th season as the Buffaloes head coach. During the 1997-98 season, Boyle served as an assistant at Tennessee on the staff of former Vols' coach Jerry Green.
• Boyle has compiled a 255-155 record as Colorado's head coach. The Buffaloes have logged 23 wins over ranked opponents during his tenure.
• Also on Colorado's staff is former Mississippi State and Southeast Missouri State head coach Rick Ray. Tennessee compiled a 4-1 record against Ray during his time at Mississippi State.
• Two Colorado players earned preseason All-Pac-12 recognition—junior forward Tristan da Silva (second team) and sophomore guard KJ Simpson (honorable mention).
• During last season's game against Tennessee, da Silva started and had 11 points in 34 minutes, while Simpson played 25 minutes off the bench and scored seven points.
• da Silva and junior guard Nique Clifford are Colorado's only returning starters from last season. Jabari Walker (NBA Draft), Evan Battey (graduation) and Keeshawn Barthelemy (transfer to Oregon) all departed the program following last season.
Likes: Volfan1000, wwilso29 and Vols All Day
W

22-12 versus the P12 is impressive. Going 0-2 versus USCw and KO still chaps my ass. Especially the 2nd one in the TBA when O’Neill’s mouthy wife nearly got into a physical altercation with the UT fans sitting behind the visitor’s bench.
O

reading various articles, I expect an easy win to the tune of 83-67

Is this a regular season game?

camp_steveo said:
Is this a regular season game?
Click to expand...
What else would it be?
Likes: camp_steveo

Bob just pointed out that they couldn’t “set up shop” at Bridgestone the last couple of times. The 2021 SEC Tournsment was cancelled and Memphis bailed out last season. The 2022 SECT was in Tampa.
I

If you're there, make Bridgestone Rock(y Top) today.
Use it as a jump starter to taking over a certain Nashville football stadium on Sat Nov 26th

Will Wade sighting. Slimey POS crawled in with the other rats during the night.

How’s the crowd? Probably not great if I had to guess.
J

YankeeVol said:
Looks pretty full
Click to expand...
Yeah until they showed behind the baskets lol.