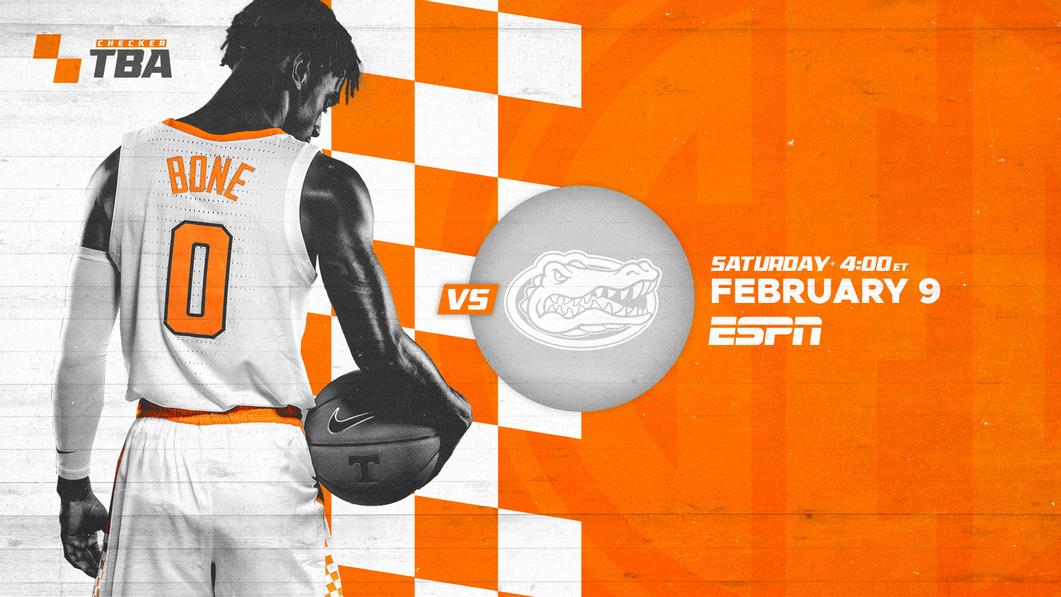 The Vols have a 46-16 edge when the series is played in Knoxville.

Tennessee has won two straight in the series, dating to last season.
Likes: xtremevolfan, firestorm, RollerVol and 4 others

Make the Vols 7-1 all-time as the AP's top-ranked team.

Tennessee associate head coach Rob Lanier was an assistant coach under Billy Donovan at Florida from 2007-11.

At tipoff Tuesday, 77 full days will have elapsed since Tennessee's last loss.

The Vols have shot 50 percent or better 15 times this season and rank second in the country with a .515 field-goal percentage.

In SEC games, Tennessee averages a league-best 10.3 turnovers per game. The next closest team (Kentucky), averages 12.2 tpg.
Likes: xtremevolfan, RollerVol, RavinDave and 2 others

In the second meeting of the season, coach Mike White and Florida (12-10, 4-5 SEC) are coming off one of the toughest two-week stretches in the entire league, with games vs. Ole Miss, vs. Kentucky, at Auburn and then capped with a trip to Thompson-Boling Arena.

Senior guard KeVaughn Allen (12.9 ppg, 2.6 apg, 1.5 spg) has been the best player for Florida this season, leading the team in scoring and steals while ranking second in assists.

Noah Locke (11.4 ppg, .421 3FG%) is the team's other double-digit scorer. The freshman guard is far and away Florida's most dangerous 3-point shooter, with nearly double the amount of threes as any other Gator. Of his field goals this year, 74 percent (61 of 82) have come from beyond the arc.

The paint has been dominated by Kevarrius Hayes, who leads the team in rebounding (6.1 rpg) and blocks (2.0 bpg) while averaging 7.0 points per game.

Standing as one of the league's best defensive teams, the Gators allow a league-best 63.4 points per game while also holding opponents to 41-percent shooting from the floor. Florida has held eight opponents to fewer than 60 points this season, including Arkansas, Stanford and West Virginia.

UF is one of the most talented teams in the SEC this season. Florida has played one of the toughest schedules in the country with games at Florida State, vs. Oklahoma, Michigan State and at TCU.
Likes: xtremevolfan, RollerVol, arkivol and 1 other person

Fla about to get the brakes beat off of them
Likes: Big Orange#1, RollerVol, FlVols and 2 others

Go Vols! Show them what you got. I think the Gators will be up for this game after the last game and the chomp on their home court. So I am nervous for this game. I think we win by 5. Hopeful for a 20 point win.
Likes: alaVOL and FlVols
U

Consistency, we need more of it. Go Vols!

YankeeVol said:
Point guard Jordan Bone owns the ninth-best assist/turnover ratio in the country (3.48).
Click to expand...
Bone also has the best assist to turnover ratio of players in the top 35 in total assists.
Likes: RollerVol, FlVols, mssr_q and 1 other person

Stay focused, play tough D, bang the boards and get the WIN!

Petition for Grant and Admiral to lead a line dance to boot scoot and boogie mid court whilst staring at the Florida players after today’s victory.
Likes: RollerVol

Excited to be heading out towards Knoxville for the game here in a bit. Expect it to be another tough one with the Gators.
Likes: Tri-CitiesVol and cardvolfan
C

As the analysis mentioned, the Vols are looking to go 10-0 in the SEC for the first time since 1976-77, Ernie and Bernie's last year together. Interesting to note that we wound up 16-2 in the conference, and one of our losses was an unexpected defeat against Florida. Feel free to correct me if need be, as my brain and memory might be a bit short-circuited.

Ok Volnation...it’s time to rise and shine and get ready to be loud and proud. Time to whip these Gators tails up and down the court. Go Vols. GBO! It’s GREAT to be a Tennessee Vol!! Let’s beat them today by 20+

Is there an app you have to download to do the pregame cell phone light show?

Power T-Rev said:
Is there an app you have to download to do the pregame cell phone light show?
Click to expand...
Yes

I think the line is about right. Vols by 12
C

Power T-Rev said:
Is there an app you have to download to do the pregame cell phone light show?
Click to expand...
It's called Hoops Hype. Can download for free, obviously. It might be a good idea to go ahead and download before you go, as trying to do it right before the game will probably take too long. Really a cool thing.
Likes: Acuna_Matata

YankeeVol said:
Yes
Click to expand...
Do you happen to know what it's called?

I wonder if I can use the app on my phone at home here in Fl or if you have to be in the gym? It is a cool app and a great idea!
New posts
You must log in or register to reply here.
<< Tennessee Vols Basketball Forum
Share: Facebook Twitter Email Link