VFL M.A. Vignola is staying and Katie Cousins was released.

The contracts for rookies Hope Breslin, Miri Taylor, and Katie Cousins, as well as international recruits Almuth Schult and Steffany Ferrer Van Ginkel, have not been renewed.

(I suspect that Santa Clara, a California team, has not been comfortable playing in 24 degree weather and wind--and they had to clear snow off the field to get the games in at Notre Dame today. Irish now leading 3-0. Albert has 2 goals.

Huff, on the other hand, the past season rarely had more than 4/5 shots in a game. That was one of our multiple issues. I haven't analyzed how
Notre Dame plays, but I doubt that make Albert do as much work in the middle of the field that Huff does; she's like our midfield workhorse--making runs from the defensive half to the offensive half--and often trying to set up Thomas. We should probably by trying to set up Huff as much as Thomas.

Kirk keeps saying, "we've got to get better"--and who can argue with that? But he would be very wise to ask: 'why did the team that was very good last year get worse this year, under me?" We've BEEN better--last year. I get a distinct and very worrisome impression that the coach thinks that we'll be fine if the players just play better. There is a lot more to it than that, especially when he opted--and surely needlessly--to change a lot of things this season.
Last edited: Nov 18, 2022

Other Tennessee teams in the tournament.

Unranked Memphis upset #2 St Louis and #7 Miss St. to advance to the final 16. They will meet the winner of Ohio State/Arkansas. The Buckeyes are currently up 1-0

Unranked Vanderbilt upset #5 Clemson and is currently tied at the half with #4 Northwestern.
T

Northwestern beat Vandy 2-1 tonight--so the Commodores are out--but the 3 other SEC teams all won or are leading tonight.

Alabama beat Portland 2-1, South Carolina beat Harvard 3-2, and a moment ago Arkansas was comfortably ahead of Ohio State, 4-1, in the second
half, breaking up a game that at one time was 1-1.

Arkansas and Memphis headed to the second half of OT knotted at 3.

mad4vols said:
Arkansas and Memphis headed to the second half of OT knotted at 3.
Click to expand...
Arky won on Pks 3-2' maybe the best match i have seen all year. Mempho gave them all they wanted and worked their tails off. Would love to have their HC when our experiment is up with kirt!
Likes: mad4vols
T

orange beard said:
Arky won on Pks 3-2' maybe the best match i have seen all year. Mempho gave them all they wanted and worked their tails off. Would love to have their HC when our experiment is up with kirt!
Click to expand...
Ha, ha: I've had the exact same thought. Monaghan, the Memphis coach, has done an excellent job with that program. I read that he's been there since 2000, so more than 20 years, but 10 league titles and 10 NCAA appearances--and they play good soccer. I've seen snatches of a few Memphis games the last couple of years and they are well-coached. But you gotta look if you want to hire a good coach who's a proven winner, and that didn't happen here after Pensky left. I don't know if Monaghan would leave Memphis--he's a Memphis native who played soccer at Memphis and has been their long-term coach. He might if he got the right offer, but it's a moot point now. You don't even need someone with that much experience--just a proven winner at a competitive level. Memphis took Arkansas to PK's tonight, had a good chance to win it, but didn't do enough from the spot and lost. Good match.

Problem is, a lot of ADs don't care enough about non-revenue sports and don't want to invest the money, even though soccer is a prestigious collegiate sport in America. Look at the longtime top soccer programs--many are prestigious academic colleges. So a strong soccer program is good cachet for a university. UCLA and Southern Cal both have new coaches--and both surprised the collegiate soccer community by hiring assistants. Southern Cal hired a veteran (though still young) female assistant from rival UCLA, and UCLA hired a veteran (though still young) assistant from Stanford. It was thought they'd each hire a, yes, proven winner--and they each offered a couple (one who turned down the USC job was the Michigan coach) but none of the veterans offered opted to move to LA--and I think LA's cost of living was a factor. A veteran coach making, say, $250 K would have to get double that to live comfortably in Los Angeles, and apparently the Southern Cal and UCLA ADs were not willing to pay that much. It must be said that a veteran assistant at UCLA or Stanford is probably a cut above most assistant coaches, given the pedigree of those programs.

I watched a decent chunk of Notre Dame's NCAA game against TCU today. Notre Dame won it 2-0. How ironic is it that we actually beat Notre Dame in our first exhibition game--and by a 3-0 score. Notre Dame went on to have a great season while we floundered. Notre Dame is a No. 1 seed and I think has a good chance to win the Big Taco. They are good--a high-scoring team. They play a good UNC team next, but I favor ND in that game. I was curious to see how ND uses their All American Korbin Albert, who may win one of the collegiate player of the year awards. She reminds me of Huff in some ways--they were both on the National All Freshman Team last year. It turns out that ND uses the same 3-5-2 system that Kirt was so unwisely wedded to all year--it's just that ND plays it a lot better than we do. Their team athleticism is better overall than ours, they press better, they possess the ball better--and they have some dynamic players in midfield and at forward. Better players, overall, and no doubt better coached. Korbin has 16 goals on the year--and I heard tonight that 10 of them are from outside the box. That's amazing. She is an excellent shooter--very good at lofting balls into the upper corners of the goal. ND has a few players who can shoot. That is something we have to get better at--shooting and shooting from distance.

Korbin plays pretty much in the same position has Huff. Korbin puts in defensive work for the Irish but she doesn't seem to have to work as hard defensively as Huff does for us, which I think is a problem. Huff spent a lot of energy making runs this year and trying to create for other people when we need Huff taking more shots and scoring more goals. And the announcers make the point tonight that I made about the 3-5-2: It can be a risky formation with only 3 back centerbacks, you can get caught out in transition moments. You therefore have counter that risk by scoring goals--which we really could not do consistently this year. Our goal-scoring fell a lot. In any case, I won't go on--but interesting to watch Notre Dame play. The Irish have had a strong program; I think in the 90s they won two national titles, or maybe one of them was later than that--but they struggled somewhat for several years and have only got real good again in the last year or two.

Memphis took Arkansas to PK's tonight, had a good chance to win it, but didn't do enough from the spot and lost. Good match.
South Carolina lost to Duke, 2-1.

Alabama and Arkansas still left. Duke now goes to Alabama to play the tide--should be a good match.

Arkansas goes to Florida State to play Pensky's Noles. FSU will be favored in that one.
Likes: Lurker

mad4vols said:
Alabama makes the it to Cary by beating Duke 3-2 in OT
Click to expand...
Man, this drives me mad. We should have had an outstanding team this year, following up on the great year previously, and instead we floundered because of Kirt's very bad decisions, in my view, and of all teams, hated bama goes to the soccer final four. ARRRRGGGG! I'm glad to see an SEC team in the Final Four, but not bama (or south carolina). I can't root for them.
Likes: Lurker 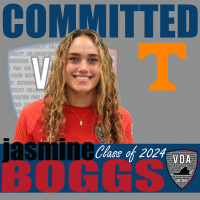 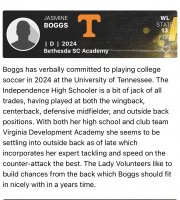 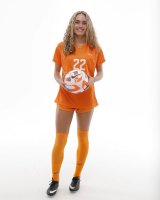