WHICH MAKES HIM TECHNICALLY A

JohnnyD1024 said:
Apparently Beamer was a grad assistant here from 2001 to 2003.
Click to expand...
He left UT and went and got coaching from Butch and here we are.
Likes: VOLSONLY and InVOLuntary

WHICH MAKES HIM TECHNICALLY A

View attachment 493064
Click to expand...
He was a GA, doesnt state he graduated.

He was a long snapper.

drvenner said:
I am glad you watch because the officials sure don't seem to notice it. If they let them get away with that all game, it is going to be tougher. We still win, regardless.
Click to expand...
Every year Florida DBs get away with holding and PI the entire game, and then we get flagged if we breath on their WRs. Let’s hope that changes this year.
Likes: Paper_Towel, VOLSONLY, JacketVol and 3 others
V

Tennessee will also see a new running back name come to town tomorrow. Kentucky commit Khalifa Keith is set to come for a visit. Keith is a bigger back who has impressed the staff a good amount. Tennessee wants to add running backs to this class with one already committed. Both Keith and Desean Bishop fit as possibilities. Roderick Robinson has indicated he plans on visiting sometime later in the fall. He also plans to see Georgia which is a team to watch
Click to expand...
- VQ

Khalifa Keith, Parker, Running Back
Click to expand...
I love it. Bring me KY's soul.

it's 7:17 on a Friday. And, I'm already feelin' ready. The plums are ready...BVS encapsulated...logic cast aside. I'm ready. I know better than to hope, either way I ****ing loathe Florida.

Tennessean by the Grace of God 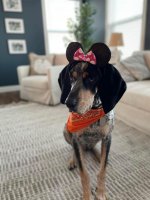 They’re saying on the radio that today is will west’s last day. Where’s he going?
V

drvenner said:
I am glad you watch because the officials sure don't seem to notice it. If they let them get away with that all game, it is going to be tougher. We still win, regardless.
Click to expand...
That’s good coaching….. Muschamps always did a great job using that to his advantage
V

Jackcrevol said:
hes on the depth chart
Click to expand...
That never means anything…. Hope he plays though
Likes: JacketVol

We finally get it right and UT is great once again

matt_mccoy19 said:
Sampson is not our most important back, Small and Wright are, Sampson will be key for depth, sure, but Wright and Small will get the bulk of the playing time
Click to expand...
Sampson is our best back. He has a burst that Small does not have. I’m glad he gives his all, but the majority of snaps should be to Sampson and Wright.
Likes: VOLSONLY, itsme and Orange Studs

All Vol, don’t let the name fool you

volbeast33 said:
That is the only part of the game that scares me….. can’t let him go off with his legs
Click to expand...
How’bout the defense just rip ‘em off?
Kinda like a wishbone?

Not salty at all…nope, the 15+ years of misery doesn’t seem to be affecting me at all…😳

Who am I kidding? The gators are really just a sacrificial lamb (in gator hide). If they weren’t the gators, I would almost feel sorry for them being the first statement game of the year in SEC play. But as it’s the florida gators, I shall revel in their misery. I want it to be so one sided that at the end of the year, all the talking heads point to this game as the point where the SEC realized that the Volunteers are serious about payback. That this game relegated the gators to the lower tier of the SEC East…

gators are really just a stepping stone. By the end of the game, they will just be one more pebble in the pit of despair that will contain the remainder of the SEC as week by week we throw in another victim.

Nope, no hard feelings at all. The last 15+ years haven’t affected my outlook at all.
In the last 10 years, the gators have scored 310 points to Tennessee’s 188 points. I am not saying that I want Tennessee to score over 122 points this game to even the series point totals (but that would be totally awesome), but I want every gator player, coach, fan, alumnus, even spurrier to feel as if that’s the way the game would have turned out if Tennessee had left the first two strings in. I want every Tennessee RB, QB, and WR on the roster to be involved in a TD during this game. I want Rocky Top played more for this game than against the Zips, Panthers, and Ball State combined!

I want them to wake up Sunday morning screaming, shaking and crying…thinking that it’s just a nightmare until they see the headlines and watch the game film.

I want the announcers to talk about how each and every Tennessee player is having the game of their lives! Only they will have to say it over and over again throughout the season. I want the SEC to wish that they could turn back the hands of time. Nope, not a damn chance!

I want this game to be so lopsided that oklahoma and texas stat looking frantically for loopholes to get out of joining the SEC.

Yup, just want a good clean game where physically no one gets hurt. It’s the psychological injuries that are much harder to heal! 😈😡🤬

drvenner said:
You would be a better poster of you didn't strain your arm muscles so much trying to pat yourself on the back.
Click to expand...
You can go back and read the exchange for more context. I was minding my own business having a serious discussion about Joro spiders when suddenly mamaw wanted to fistfight.

All Dark Humor Is Welcomed 🖤 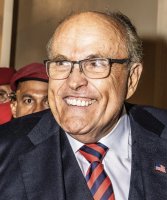 Mediocrity is fun, what say you?

SoilVol said:
UT would never ask Spurrier to represent them as the GP.
Click to expand...
But could you just imagine? Watching spurrier squim and be so uncomfortable having to say that he thinks Tennessee has the better team and will win? 😂

Then having fulmer jump on stage, jam a gator mascot head on spurrier’s head and toss him off the stage? Say what you will about Coach Fulmer, but he detested the gat and all our SEC foes. I think that it would be very fitting.😈 😇
Likes: VOLSONLY, InVOLuntary, SoilVol and 1 other person

Have they really not announced the guest picker yet?

tnvols72 said:
He left UT and went and got coaching from Butch and here we are.
Click to expand...
Well things are starting to add up now.

“I think we won something like 12 fourth quarters last year”
Likes: tnvols72

ACvol3 said:
Have they really not announced the guest picker yet?
Click to expand...
Reece Davis went on Pawls show and said it wouldn’t be Dolly but he still holds out hope.
Likes: Big Orange#1, mr.checkerboards, InVOLuntary and 2 others
B

So here I am still on Wednesdays' posts, who would have thought I would be giving strong consideration to putting Bass on ignore for being negative.

ACvol3 said:
Have they really not announced the guest picker yet?
Click to expand...