Status
Not open for further replies.

Orange_Crush said:
It's likely a result of native islander genetics, exacerbated by the introduction of European culture. Studies have shown that Native Americans (and their historical diet) evolved a digestive system that does much more per kcal than the digestive system evolved by westerners. So, when the "rich" diet of westerners was introduced, they developed obesity issues. This also explains the heavy effect alcohol has on native Americans, as their system more efficiently processes alcohol as well.

May be a similar dynamic between Pacific Islander genetics living in an introduced western dietary culture.
Click to expand...
My ex is Hawaiian so my daughter is half Poly. The Hawaiian men are big people and the Samoan men are gigantic people.
My ex always stayed in shape and ate good food. She always said my people are the fattest people on earth so I have to watch everything.
Likes: Ulysees E. McGill and Orange_Crush

Weezer said:
More bothersome was he quit on his team in the middle of a game.
Click to expand...
This
Likes: Brillovol and VOLSONLY 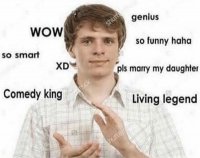 Legionnaire of the Miserable

I just have to go on record that I have 22 unchecked alerts and don’t feel any different.
Likes: Rocky_Top_Vol13, Paper_Towel, VolByLaw and 7 others

volbeast33 said:
I drink diet mountain dews all the time…. My co-workers complain that it’s unhealthy for me….. I’m the only one that never gets sick…. I joke that aspartame kills everything!
Click to expand...
Same. Diet Mountain Dew is GOAT
Likes: volbeast33 and BigOrangeTrain

Cool rendering of inarguably the ugliest car of all time. Nothing beats the Gremlin
Likes: Billy Antrim, Orange_Crush, VolsDoc81TX and 3 others

How's it going yall...Man what a few weeks my daughter is doing great now.Long story but I had come back and thank God I'm doing pretty decent.Im doing it for myself and her I've had the privilege of basically raising her for 7 years and being side by side for the most part...Just the look on her face I told myself on the spot You can't let this little girl down.I mean we're all we got dad brother etc has passed but being in isolation sometimes sucks.Dad passed in 19' and I never dealt with it really.Its cause a few problems I believe but thanks everyone for the support kind words ill be honest I wasn't at my wits end for a few months now i honestly thought I was gonna do something terrible so had to make a change!Its really wild how u never see urself in a situation and here we are.Take a breath be thankful u have one to still take. 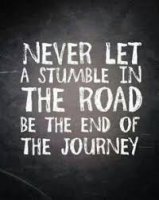 Leeleesteeth said:
Don't operate heavy machinery and don't make any major life decisions.
Click to expand...
And check under the hood of any women you pick up at the bar.
Likes: Volsdeep4, Paper_Towel, Big Orange#1 and 8 others

butchna said:
Always believed Butch lied to both Hurd and DeBord. DeBord tinkered with the offset I against Northwestern and mixing it up with the spread would have allowed us to keep defenses from teeing off on Hurd and also allowed Kamara to get more reps…some with Hurd on the field at the same time. 3 total snaps I counted the next season. DeBord “retired” and Hurd transferred. 😒
Click to expand...
Agree. I think Debord was really good honestly despite being hamstrung with Butch.
Likes: Rocky_Top_Vol13, nicksjuzunk, SoilVol and 3 others

Click to expand...
They are buying players and they have been no better than Tn and here we say we need to start winning the recruits will show up. I would rather buy players and try to win now instead of try to win now and hope recruits takes notice. Tx A&M and Miami are racking up.
Likes: Ulysees E. McGill and Dadof2volfans

Cristobal+NIL+FL Talent = Miami Success
Pretty simple equation. We have a less proven coach and don't have the built in recruiting base of Miami. We are doing fine and will end up with a class that is comparably as good as their's.
Likes: InVOLuntary, hooter vol, VolsDoc81TX and 1 other person

Weezer said:
I don't judge.
Click to expand...
Maybe they really like them. Am I doing these pronouns right?
Likes: InVOLuntary

Ah to be 21, drunk off your ass on a Saturday night, and posting on VN.

You really are living your best life, @TrippieRedd! What stories you’ll have to tell when you get older!
Likes: SoilVol, Cosmo Kramer and TitanicVolz
New posts
<< Tennessee Vols Recruiting Forum

Status
Not open for further replies.