Agree with Ryan. Screw the Coronabros.
Click to expand...
But there's no water in DNA...
Likes: zhangliao04, Rocky_Top_Vol13 and OrangeBoll

ChattaTNVol said:
I understand why some players may opt out of playing sports in the current environment but I think their reasoning may be genuinely flawed. Based on our experience with players going home for the July 4th weekend and some coming back with the virus I can only conclude that these kids are a hell of a lot safer under the guidance of our football staff/medical team than they are if left to make their own unsupervised decisions. I would not be surprised at all to learn at some point in the future that the proportion of those players who opt out and still end up with the virus turns out the be far higher than those kids who stick with the program and accept the care and attention being offered by the various universities. jmo.

Yesterday, as we were moving closer to football time in Tennessee, I looked at how each of the SEC states were doing in their efforts to deal with the Virus. With all the excitement of the scheduling revelations I put this on the back burner for a bit.

So I wanted to power rank the SEC states using the CFR and the IFR. I use the CFR as a proxy for the general overall quality of the healthcare professionals/services in that state. The lower the CFR the more success the healthcare professionals in that state are having at saving lives. I use the IFR as a proxy for the general sturdiness or heartiness of the population of a given state. The lower the IFR the greater the capacity of the population of that state to fight off the virus and go on living. jmo.

View attachment 298258
Click to expand...
I'M sure you have divulged this at some point before but what profession are you in? I'm always amazed at your posts! Keep up the good work!
Likes: SmokinBob, VolsDoc81TX and TennacJed

Bassmaster_Vol said:
Okay thanks for all that I guess...

The point was, people in this thread are using the death toll as a reason for feeling this virus is dangerous enough to shut down schools and sports. But if the death toll is greatly inflated by nursing home deaths, why would we consider that in making decisions about school and sports?

I don’t care what you think about Trump. My only concern with Trump is that people are using this virus as a way to get to home in this election, and we’re all going to have to bear those consequences through lockdowns, no sports, and school closing.

Oh, and the death toll in Texas and Florida isn’t close to NY. But you know that. Once again, your desire is to make this political. Which is what will keep us from having sports
Click to expand...
You’re arguing that we should not consider the elderly and vulnerable in policy making decisions. Opening schools and sports will undeniably increase the spread of the virus, putting that portion of the population at greater risk. I think it’s worth having a discussion about. Certainly there are significant benefits and reasons to get kids back in school. Sports - not so much. But you can’t just ignore huge swaths of Americans that are at risk when you have that discussion.
Likes: Chuckie, hotcypress and CreiveHallVol

volatil said:
If Big 10 backs down...Can we get Master Teague in a transfer portal please?
Click to expand...
Don’t need him.

Johncarter53 said:
I think they’re hoping for a vaccine to be available by then. Lots of different articles on how effective they can be so who knows. Just hope we stick with our original 12 game schedule if it’s moved back.
Click to expand...
But does it matter if nobody takes it. Ive seen a lot of people on both sides, who say they aren't getting the vaccine for various reasons.
Likes: CreiveHallVol

Bassmaster_Vol said:
Time to break out the moose tracks
Click to expand...
And here I am dieting down and you are on a massing phase. Oh, how the tables have turned.
Likes: SmokinBob, Orangeburst, CreiveHallVol and 1 other person

Maybe it's time to add COVID-19 to the list of banned topics in the RF?
Likes: SmokinBob, BennesseeVols, VolsDoc81TX and 10 others

barrylee said:
No way u can ever cheer for JG?? Who could ever imagine a person who NEVER misses an opportunity to go down this road would feel this way..
Click to expand...
Just cant dude.im sorry that I can’t cheer selfish people On.im thankful some of the positive things he’s done for the university but that’s about it....I don’t hate him as a person.i just don’t respect him as a athlete..just because he attended the university of Tennessee doesn’t mean have to cheer him on or keep track of whatever career he has in the future.

bignewt said:
Is that the talk at the Applebee's hostess station?
Click to expand...
Talk from JJ, on your head.

Crazy Ivan said:
Of course the flip side is that if JG had played the entire game rather than only the 2nd half then the goalline stand at the end of the game might not have mattered. Despite his faults, JG was sharp in that game, both throwing and running the ball.

And I say that as someone who hopes one of the younger players wins the starting spot in camp.
Click to expand...
Bro....it’s Kentucky when has Kentucky ever had a stout defense?

^^^^
We've still got Floridaman to deal with down here
V

Click to expand...
Can confirm. I have a colleague who is essentially the same age and knew Paul in high school. Said he was a nerd.
Likes: BennesseeVols and ATC_VOL

nicksjuzunk said:
Buddy, if that put one in Adams Tennessee, with no traffic light, they will put it anywhere
Click to expand...
Impressive that you’re aware of the DG in Adams.

Anybody find out what Ubbens silver lining tweet was about?

Maybe it's time to add COVID-19 to the list of banned topics in the RF?
Click to expand...
@Freak - Can I get a waiver?
Likes: BennesseeVols, Orangeburst, VolsDoc81TX and 4 others

Big Orange#1 said:
Anybody find out what Ubbens silver lining tweet was about?
Click to expand...
Shutting down the season
Likes: Big Orange#1, VOLSONLY, UTSuave’ and 3 others

Plenty of political and COVID conversation going on here. FTR, it's perfectly okay to post in multiple forums. Monogamy to one forum is not a VN requirement. Live a little and experiment.
Likes: BennesseeVols, Smokey'sHandler, CreiveHallVol and 1 other person

Politics aside, what are the odds y'all have on us playing fall ball?

CreiveHallVol said:
Politics aside, what are the odds y'all have on us playing fall ball?
Click to expand...
2%

utvols88 said:
Talk from JJ, on your head.

Click to expand...
Sweet so she now has super powers. I can dig it.
Likes: BennesseeVols, Scvol7906, TennacJed and 4 others

CreiveHallVol said:
Politics aside, what are the odds y'all have on us playing fall ball?
Click to expand...
I don’t think the SEC chickens out. We want to play. We NEED to play. I bet the SEC plays, even if we’re the only ones
Likes: SmokinBob, BennesseeVols, CreiveHallVol and 1 other person

CreiveHallVol said:
Politics aside, what are the odds y'all have on us playing fall ball?
Click to expand... 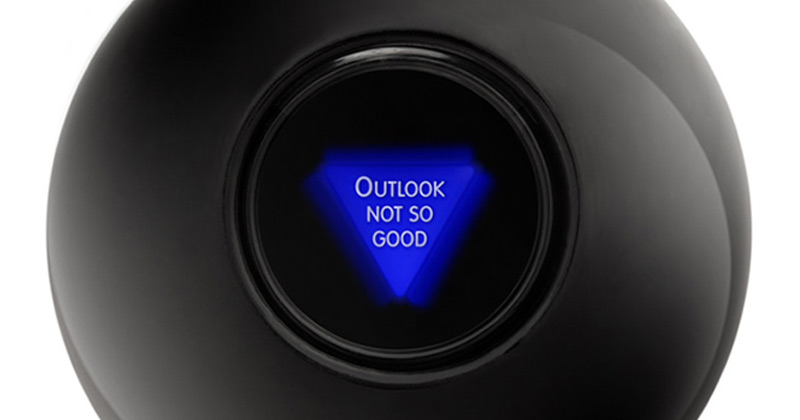 If we shut down football it’s probably only to protect the schools from liability issues. Players will get it whether there is football or not. In fact, you can probably argue it’s safer to have football than not. At least the players would be in a controlled environment with constant testing and medical care
Likes: BennesseeVols, HeadVol77, drvenner and 2 others

Bunch of pussies if they cancel the season. They don’t value “science” or “data” if they cancel.
Likes: BennesseeVols, Smyrna ATL Vol, Tri-CitiesVol and 7 others
New posts
You must log in or register to reply here.
<< Tennessee Vols Recruiting Forum
Share: Facebook Twitter Email Link