OGbabyaviVol said:
When did they take this of you?

nicksjuzunk said:
Yep... she done fed him to the tigers 👀
Click to expand...
Absolutely. How are you feeling?
Likes: volfaninpa, VOLSONLY and Orangeredblooded

Thick as a Brick

Thick as a Brick

View attachment 270564
Click to expand...
He is going to get tired of Starkville really fast.
Likes: HeadVol77, Brillovol and VOLSONLY

GiggerVol said:
Ready to rep the Vols on my morning walk after that huge title win last night! Trying to decide which side to wear
Click to expand...
I'm with you. I posted these a few days ago. 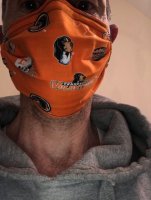 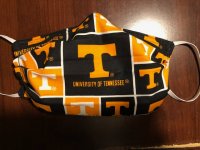 Volinmem said:
A little off topic here but I got some encouraging news today. In Nov, I started a plant based diet. I have been on blood pressure med for about 3 years. About a month ago, I asked my dr to reduce my med. She did, and I have been doing fine. So today, the dr office called and said I can stop taking the med, and keep an eye on my bp level. It might seem like a small win to some, but to me it is huge. It hasn't been easy, but it's been worth it.
Click to expand...
Congrats. The discipline of adopting a plant-based diet is a huge accomplishment. Nice job! I couldn’t do it.
Likes: drvenner and Volinmem

bignewt said:
Maybe with the delay of all the football off season stuff they should eliminate ESD this year.
Click to expand...
Wish they would end it permanently, there is no excitement for NSD anymore.
Likes: whitw, Paper_Towel, VOLSONLY and 3 others

Bassmaster_Vol said:
Click to expand...
They going to setup an octagon on the beach? That would be cool, but what about the fans?

a recent ESPN poll asked voters to select the best college basketball player of all time. In the 64-player “tournament,” Jordan won, beating Larry Bird in the final.
Click to expand...
In the 12-month period ending in May 2019, Nike’s Jordan Brand created $3.14 billion in revenues. Jordan earned $130 million from Nike sales during that span. The man can move product.

That speaks to Jordan’s enduring legacy and incredible abilities. The fascination with him 17 years after his career ended also says a ton about us and more than a little about today’s NBA.

Perhaps you’ve been watching replays of Jordan-era Bulls playoff games on NBC Sports Chicago. All these years later, it’s still amazing the way he waved the ball in one hand as if it were a cantaloupe. That takes not just large hands but incredibly strong hands. What stands out most in those replayed games, though, is how Jordan is a working part of the Bulls’ offense, not the entire focus of it. In today’s game, there’s no missing James, Russell Westbrook and James Harden. They seem to have the ball in their hands all the time.

They’re missing Jordan’s fluidity and elegance. Those qualities are hard to describe and even harder to quantify, but if you saw Jordan play, you know them. Here’s the best compliment: Replays do him justice. For other retired players, replays often are incriminating evidence. Maybe that’s why Jordan’s popularity has never waned.

ESPN’s greatest-player vote might have been ridiculous, but it was revealing. Jordan still has a hold on us, in ways he probably shouldn’t. That’s not anybody’s fault. It’s just what is.

It’s good to be the king. It apparently never gets old paying him homage.
Click to expand...
The fascination with Michael Jordan never ends, even during tough times
Likes: VOLSONLY, wwilso29, Chuckie and 10 others

The fascination with Michael Jordan never ends, even during tough times
Click to expand...
I hate how the game is just a one on one look at my dribbling fade away 3 fest. Would rather see an offense ran. The scorers will still get their points and probably take way less shots to get there.
Last edited: Apr 8, 2020
Likes: BlackLabelVols, VOLSONLY, GiggerVol and 6 others

KPT_VFL said:
I hate how the game is just a one on one look at my dribbling fade away 3 fest. Would rather see an offense ran. The scorers will still get there points and probably take way less shots to get there.
Click to expand... 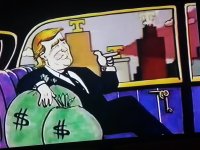 JacketVol said:
Maybe it’s not really as bad which would be a positive thing. Everyone praises the health experts and their mitigation plans but why did even the experts acted like it wasn’t a big deal not just the White House. Point is experts can be wrong too and I hope so and beginning to THINK so. I’m done. Y’all all can F off.
Click to expand...
😔
Likes: VOLSONLY and Orangeredblooded

KPT_VFL said:
I hate how the game is just a one on one look at my dribbling fade away 3 fest. Would rather see an offense ran. The scorers will still get their points and probably take way less shots to get there.
Click to expand...
MJ leads the NBA in career usage rate.
James Harden has had 3 seasons with 20+ fga per game, MJ had 13. The triangle offense produces more contested fade-away midrange jumpers than any offense in history. Look at MJ and Kobe’s careers.

Smokeytom said:
I more say it because my friends (who are all AR fans of course) are so delusional concerning the success of their football program. Geographically and culturally, they fit. But when compared to UT they are no where close to in the same league. Top down. Fair weather fans. Gameday experience is nowhere close to the same. Stadium is nice, but not intimidating like Neyland or other 100,000+ stadiums or ever as loud as a Death Valley.

We are in the top tier of not just the SEC but CFB. Sure, Arkansas is an SEC school, they fit, but Tier B! And since I’m in NWA and my friends rag on me about UT, I feel obligated to trash them. Gotta hold up my end!
Click to expand...
Now that I agree with.
Likes: Smokeytom

Bruce Wayne said:
MJ leads the NBA in career usage rate.
James Harden has had 3 seasons with 20+ fga per game, MJ had 13. The triangle offense produces more contested fade-away midrange jumpers than any offense in history. Look at MJ and Kobe’s careers.
Click to expand...
Well, when you’re a career 50% shooter, averaging 30+pts, and you run an actual offense designed to get your best player the ball in his money spots, coach tells you to keep throwing them up. The 6-12ft fade-away is an unstoppable shot at 6’6”.

Not OP. Don’t care about the # of shots today vs those days. Modern NBA is such a bore. 4 out 1 in. Maybe pick and roll. If lucky more than 2 guys will touch the ball in a given possession. Idk how anyone can be a serious fan, unless of course, the only basketball they’ve ever known are the pick up games at the gym with 36 year old beer belly Bob who’s grey shirt is always drenched with sweat after the first game. Hey, he may not look like an athlete, but dude can fill it up from 30+ft! “SHOOTER!!”
Likes: VOLSONLY, HeadVol77, CreiveHallVol and 2 others
New posts
You must log in or register to reply here.
<< Tennessee Vols Recruiting Forum
Share: Facebook Twitter Email Link