OK Vol friends, with the addition of OU-TX likely, what do we have to do to get competitive again with all these powerhouses?

Rickyvol77 said:
H
Have you seen Texas’ record the last decade?
Click to expand...
Texas will get better in a hurry. Several reports out of highly rated recruits being ecstatic about Texas joining the SEC.. JMO of course
S

vols1221 said:
So you think we should only sign kids that are conservative? Like you really believe that a political stance will improve our winning %? Sounds like you have a real problem man!
Click to expand...
OK what ever you think--
V

savannahfan said:
OK what ever you think--
Click to expand...
I think you're way to political. We are all in this together. Just because someone has a different opinion than you. Doesn't mean they are bad at football...lol
S

vols1221 said:
I think you're way to political. We are all in this together. Just because someone has a different opinion than you. Doesn't mean they are bad at football...lol
Click to expand...
OK what ever - - -

lifeisdeep said:
Fulmer was a NC coach that was already failing; Saban was three years removed from his NC. Fulmer was nine years removed from his and had gone 5-7 twice in four years. Saban has never had a losing record as a college coach.
Click to expand...
I'm one that believes now, but not then, that we should've kept Fulmer and let the Clawfense work it's way thru the transition.

Fulmer could recruit and had a recent NC - the team had talent but weren't cohesive during the transition.

Fans didn't have any patience given all the recent success and expected to win 10 games every year.

rocytop2624 said:
If anything this will even the odds with Florida And Georgia and they can play Bama every year like we do.
Click to expand...
Don’t kid yourself - we will probably have to add Texas and Oklahoma and drop Vandy and Ky.
L

HalfullVol said:
I'm one that believes now, but not then, that we should've kept Fulmer and let the Clawfense work it's way thru the transition.

Fulmer could recruit and had a recent NC - the team had talent but weren't cohesive during the transition.

Fans didn't have any patience given all the recent success and expected to win 10 games every year.

lesson learned.
Click to expand...
To me those two 5-7 seasons were ample proof that he had just been passed by by Spurrier, Saban, etc. He was never much without Cutcliffe. Our biggest mistake since firing him was not hiring Cut because he wanted to bring along his assistant coaches. Cut worked minor miracles with that Duke team with no talent compared to what we have; with this level of talent, Cut would've won a NC here by now.
Likes: VolunteerHillbilly
V

VFL-82-JP said:
Think it through, and you'll realize this changes very little for the Vols. Our annual slate of SEC games will look very much as it has always looked: Bama, Florida, and Georgia remain our biggest hurdles, year in and year out. Sure, we'll now play OK and TEX once every 4 years or so, but we've played OK twice in the past 8 years already, and they've not even been in the conference. Truly, the only significant change in schedule difficulty is that Auburn will be on the slate every year.

So really, no big changes. What we must do is (a) have a really good coach, and (b) give him time to solidify a really good stable of assistant coaches and roster of players.

This BS some trolls are saying in this thread about us being a bottom-dweller, ignore that. It's just trolls. We're down, but not out. Top teams have bounced back from worse. We just need to re-learn what it takes to win.

Go Vols!
Click to expand...
We need the school to work with the players concerning endorsements. Let future recruits know there is alot of incentive to play here.
Likes: VFL-82-JP

I'm happy about Texas like us they haven't been powerhouse In quite some time be glad to have another underperforming team in sec I think Texas goes downhill from this move.
A

Special Ed said:
If Josh Heupel flames out, we'll have to take a hard look at Art Briles or Hugh Freeze.
Click to expand...
And Jon Gruden and Mike Gundy.
S

golfballs said:
Hire a good coach.
Click to expand...
Aha! Better still hire/ fire 10 of them. Show absolutely no patience with any one. Scorched earth for all.

rbvol said:
We're at the doorstep of being a bottom dweller in football in the SEC. The league is adding even more power teams. I want us to get back if it's possible. Heck we are not even mentioned as being one of the top teams in the league anymore. WHAT must we do???
Click to expand...

Fullfillmer said:
This will not happen - don’t know what world you live in - but I don’t see it happening.
Click to expand...
In a world where NIL deals are all legal.

Honestly it’s going to take businesses around the city/state putting large sums of money in these guys pockets to start an actual rebuild.

golfballs said:
Heupel hasn’t proven anything yet. Hard to say how kiffin would have done had he stayed. Took him a while after that before he was considered a “good” coach
Click to expand... 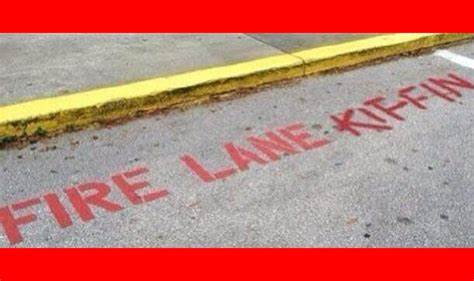 BigOrangeTrain said:
Yeah that’s the answer . Just keep hiring and firing and hope you land on the right one. The law of averages will have to kick in at some point right? That’s worked out so well for us hasn’t it???
Click to expand...
So which coach was fired who should have actually been retained? Dooley? Butch? Pruitt?
Last edited: Jul 26, 2021
Likes: sjt18 and BigOrangeAl 1979

golfballs said:
Hire a good coach.
Click to expand...
Get rid of the current Board of Trustees and replace the administration with a Board and Administration that will make sports a priority. If not, UT will continue to be average in academics and mediocre in athletics
Likes: golfballs
S

BigOrangeTrain said:
We need to stop using Bama in this example. They got extremely lucky. They didn’t know, nor did anyone else for that matter, know Saban would become the GOAT. How do you attract a good coach to a program, when he knows he only has 3 years at best regardless of what he walks into?
Click to expand...
You pay them. The AD has to assess his situation and timing and then pay what is necessary to get the right coach. Had the situation not been so shaky, UT might have done that this time. Instead, they took an approach that hopefully will stabilize the program if Heupel cannot beat the odds. And the other part is that Heupel's potential buyout will not be expensive compared to what they would have had to give a bigger name coach.

PS- Bama doesn't stop being a good example simply because it crushes your notion that you should hire and keep a coach for years regardless of results. Jones was given 2 years longer than he should have gotten which contributed to where we are now. He fully demonstrated that he was not competitive with other SEC coaches on gameday... yet got extensions rather than warnings. Bama's coaches between Bear and Saban had more success than UT's coaches since Fulmer... and they averaged 4 years. UF dumped Zook knowing that in spite of a win % UT would LOVE to have right now... he wasn't taking them in the right direction. LSU dumped Miles because he had become mediocre.

Name the coach who has not won at least 9 games in his first 3 years that went on to have success or win championships. Your list even over the last 40 years is going to be very, very short.

There are no guarantees and history says that you don't necessarily increase your odds by throwing money at a big name. Sumlin was about as solid as "sure" as you could hope for when TAM hired him. Mike Sherman had a successful pro career before flopping at TAM.

Even if you hire a good or better coach, recruiting dries up if they don't prove themselves and grab momentum within the first 3 or 4 years. Without players... It doesn't matter how good of a coach they are. Their mediocre or worse results will just continue to tell recruits to look somewhere else.

There is a lot that goes into turning it around and not all of it is the quality of the coach. Some of it is the situation they inherit. Heupel in that respect is hurt by Pruitt's mess but that is offset by the Covid allowance. But he like all new coaches knows his window is small. He has to produce results that make recruits believe and do not create negative buzz among fans and media.
Last edited: Jul 26, 2021
S

BeardedVol said:
So which coach was fired who should have actually been retained? Dooley? Butch? Pruitt?
Click to expand...
Exactly. Which of those coaches would have taken the program to a higher level given another 3 years... or 10 years? Part of it is hiring the right guy but there aren't any guarantees. Harbaugh had to look like a coups to Michigan. Brohm was like winning the lottery for Purdue. Arkansas had to be thinking that a return to the top was just around the corner with both of their hires prior to Pittman.

So you hire a guy. You assess him for 3 years then you choose your direction. If you see the right kind of progress and the roster is building then you can give them more time. If they're still homecoming fodder for UGA, UF, and Bama... then you have to look in a different direction. It isn't as hard as some seem to think. Competition at this level isn't nice or even fair. It is a cage death match.

BigOrangeAl 1979 said:
8-4 or 7-5 will be great seasons for UT going forward and probaly the ceiling cause we are never winning the SEC again we will never see the 90’s run of success again either. Tennessee would be best served if they asked or expressed interest to the ACC about joining. Tennessee will continue to be a bottom feeder in the SEC for years to come. Oklahoma and Texas coming to the SEC doesn’t help us not one bit.
Click to expand...
Oh my god shut up already!!
Likes: Rickyvol77

Tennessee fans need to quit being cynical, whiners, and sissies! Act like what you expect and things to will improve quickly!

rbvol said:
We're at the doorstep of being a bottom dweller in football in the SEC. The league is adding even more power teams. I want us to get back if it's possible. Heck we are not even mentioned as being one of the top teams in the league anymore. WHAT must we do???
Click to expand...
As crazy as it sounds, there is still a world where Tennessee is a competitive football program down the road. It has to change now though.

First, establish yourself ahead of the UK, SCAR, Vandy, and Mizzou bunch.
Become a consistent bowl team
Be exciting on offense

Then, TN is a hotbed of relocation right now. I'd imagine in the next 5-7 years, UT would be able to pull a solid 12-15 kids per recruiting class within the Nashville to Tri Cities/Chatt area. That eliminates some of our natural disadvantage. You have to be relevant in football while they're young though. Otherwise, they won't give us the same consideration as a UGA, Bama, etc. Other than that, UT has always been a Top 15-20 program in terms of finance, fan support, history, etc. We've just not put the product on the field.
New posts
You must log in or register to reply here.
<< Tennessee Vols Football Forum
Share: Facebook Twitter Email Link