A Queens man was arrested over the weekend for two random subway slashings in as many days — crimes he allegedly committed after being picked up, then let go, for brandishing a knife at cops.

Donny Ubiera, 32, stabbed two straphangers — one in the face and the other in the neck — without provocation in separate incidents Friday and Saturday morning along the Flushing-to-Midtown No. 7 subway line, the NYPD said in a statement.

The accused serial slasher had just gotten out of jail Thursday — with a single night of “time served” — for allegedly refusing to put down a large knife when confronted by Queens officers on the street and then trying to flee with it the day before. 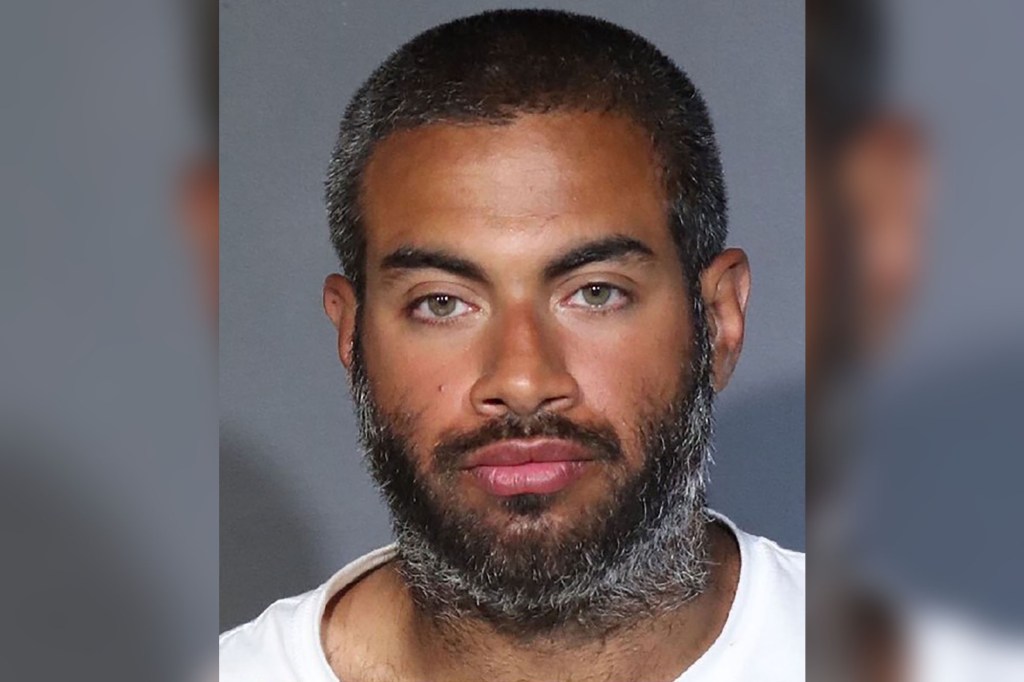 Mayor Eric Adams insisted Monday he’s not worried about police officers leaving the NYPD in droves this year — declaring that being a Big Apple cop is an “amazing career,” and that the departures present a chance to “diversify” the force.

Hizzoner’s comments come after The Post exclusively reported Saturday that over 1,500 officers have either resigned or retired in 2022 – a rate that represents the largest exodus of officers since the statistics have been available.

“We got an amazing recruitment campaign coming in. This is a great opportunity to diversify the department,” the mayor said. “So no, people will always want to join the New York City Police Department. It’s one of the best careers you could have in the city.” 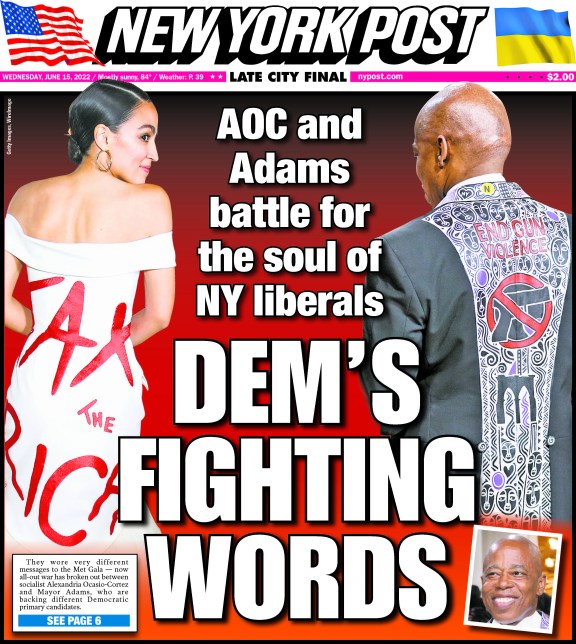 Man brutally Slashes his girlfriend, 49, across the face and back during the busy early morning rush in a New York City subway station: Attacker, who was arrested for attempted murder in March, remains on the loose

A woman was brutally slashed across the face and back by her boyfriend during the busy morning rush in a New York City subway station.

The attack was reported at 9:19 a.m. on Tuesday morning inside of Fulton Street Station in lower Manhattan.

The suspect is a 50-year-old man, the NYPD told DailyMail.com, who used an 'unknown sharp object' to attack the woman.

Police know who the suspect is and where he lives, but he was not yet been caught.

He was also on parole at the time of the slashing, according to NBC New York.

The suspect was previously arrested for assault in February and attempted murder in March.

Man brutally slashes his girlfriend, 49, in the face and back in Manhattan subway during argument | Daily Mail Online
Likes: VolFaninFla

Eric Adams has had enough! He said he is beefing up police. Mayor Eric Adams announces new safety initiatives for NYC streets, sidewalks, and subways

IluvdoubleD's said:
Eric Adams has had enough! He said he is beefing up police. Mayor Eric Adams announces new safety initiatives for NYC streets, sidewalks, and subways
Click to expand...
Yeah, we will see. Let me know when his GF feels fine to ride the subway by herself outside of midtown.
Likes: StarRaider, norrislakevol and allvol123

IluvdoubleD's said:
Eric Adams has had enough! He said he is beefing up police. Mayor Eric Adams announces new safety initiatives for NYC streets, sidewalks, and subways
Click to expand...
I read that link. Hard not to laugh.
Likes: StarRaider, norrislakevol and Gandalf

allvol123 said:
I read that link. Hard not to laugh.
Click to expand...
And the truth is, he can only do so much even if he wants to (and that is a question). The Manhattan DA will not charge anyone they pick up. The no bail laws passed by the idiots in Albany essentially means the perps are freed almost the same day to go do it again with near impunity.
Likes: SpaceCoastVol, dovervolz, BreatheUT and 2 others
U

Gandalf said:
And the truth is, he can only do so much even if he wants to (and that is a question). The Manhattan DA will not charge anyone they pick up. The no bail laws passed by the idiots in Albany essentially means the perps are freed almost the same day to go do it again with near impunity.
Click to expand...
Those perps are good people, just misunderstood.
Likes: SpaceCoastVol and BreatheUT

UT_VOLS13 said:
Those perps are good people, just misunderstood.
Click to expand...
That’s true. Just ask a few posters on this board.

When a man breaks into an old ladies home, robs her, rapes her, and stabs her to death, sending him to jail isn’t the solution. 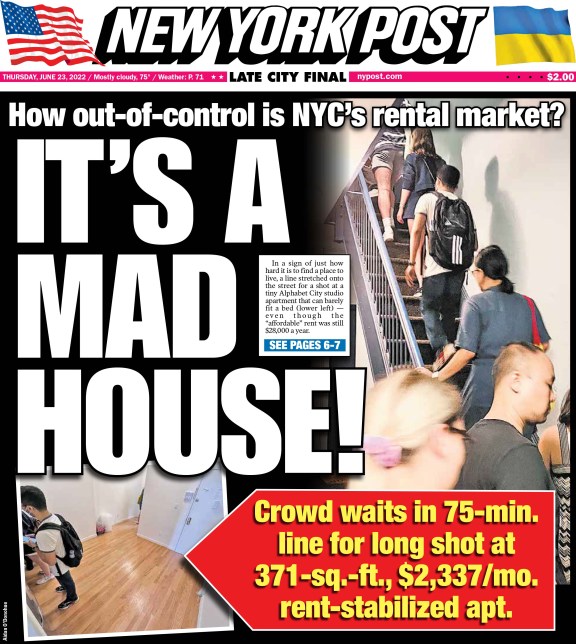 Cops are hunting a female hit-and-run driver who allegedly killed a cyclist in high-speed crash before she unstrapped a baby from her car and disappeared in another driver's SUV.

The unnamed cyclist was killed in a hit-and-run after the woman crashed into him before fleeing with a baby in a second car.

The woman was driving a stolen white Jeep Cherokee with a baby in the back seat and did not check on the cyclist before she took the child and jumped into the second white SUV.

More than 50 people were shot in the Big Apple over the Fourth of July weekend — including 21 gun violence victims on Independence Day alone, according to police.

The count of 52 shooting victims between Friday through Monday marked a 62.5% increase from the same period last year, when 32 people were wounded by gunfire across the city, data provided by the NYPD shows. 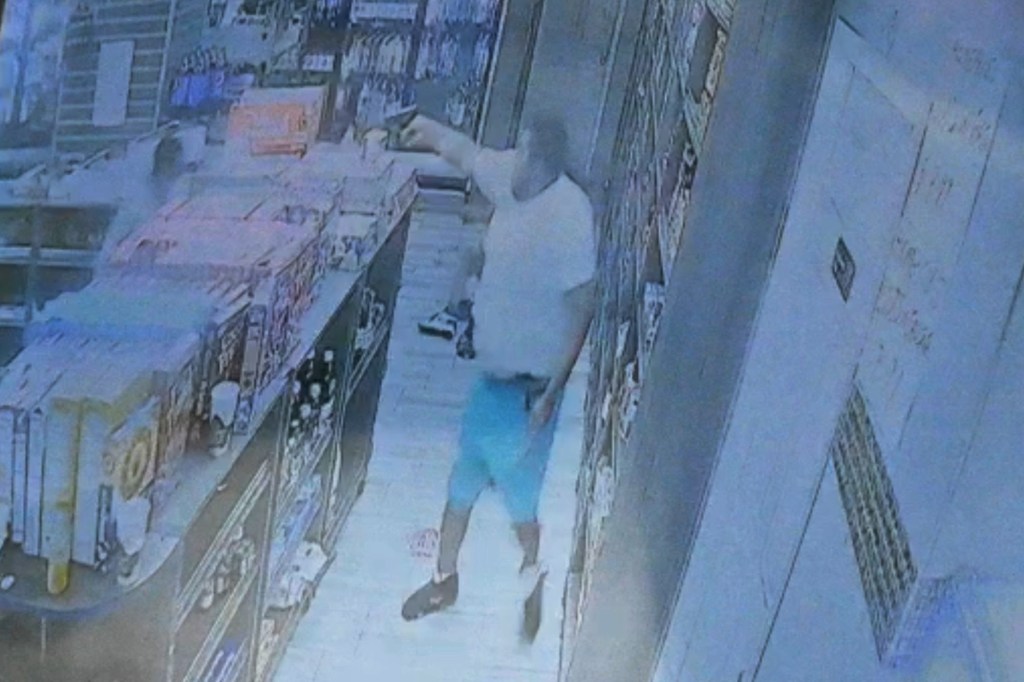 Surveillance footage of the shooting at a bodega in East New York on the night of July 4, 2022.

This is absolutely crazy! Why is he being charged?????
NYC bodega worker Jose Alba charged in fatal stabbing feared for his life, family says
Likes: marcusluvsvols, Rasputin_Vol, dovervolz and 1 other person
F

Stomach-churning footage showed a pregnant woman being badly beaten by a man wielding a wrench on a busy New York City road in broad daylight.

The 26 year-old woman, who has not been named, was clobbered by the attacker on the Bronx's Grand Concourse on June 6, at 5:20pm in the evening.

Heavy traffic rumbled past as the man chased his victim in the Fordham Heights neighborhood, before shoving her against a parked car, and striking her multiple times in the head with the wrench.

See if we would just get rid of those guns you could be bludgeoned to death.

A 14-year-old was stabbed to death at the 137th Street/City College subway station in Manhattan Saturday afternoon in a fight with another teen, according to police.

The teens started brawling on the northbound 1 train platform about 3 p.m. and one pulled out a knife, sources said.

The victim was stabbed in the stomach and taken to Mount Sinai Morningside Hospital, where he was pronounced dead, sources said.

The victim knew his attacker, who fled at the station, police said. The assailant was described as 18 or 19 years old with an Afro and wearing an orange shirt and black pants.

Mexican Cartel Smugglers nabbed with $1.2M worth of METH in NYC — then RELEASED thanks to lax bail laws: feds 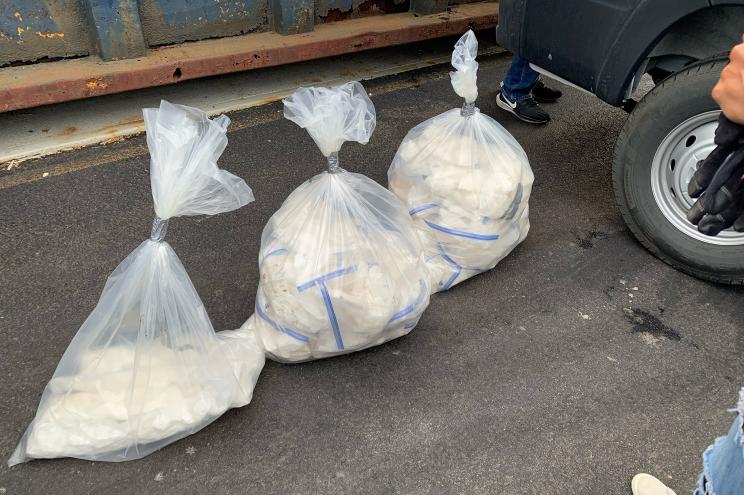 The two California men were busted with a $1.2 million stash of crystal meth.

A pair of suspected Mexican drug-cartel smugglers was busted with a $1.2 million stash of crystal meth — but had to be freed thanks to New York’s lax bail laws, authorities said Monday.

The two California men, Luis Estrada and Carlos Santos, were allegedly caught red-handed by the US Drug Enforcement Administration as part of a multi-agency investigation. Yet frustrated agents had to stand by and watch as the suspects were cut loose on just supervised release, the federal agency said.

That’s because the two men could only be charged with second-degree criminal possession of a controlled substance, as opposed to a narcotic, under the state’s outdated drug laws, authorities said. And the rap does not qualify for bail according to the Empire State’s soft-on-crime 2019 bail-reform measures, they said.

Bless NYC. They will come around and figure it out
Likes: SpaceCoastVol
F

Orangeburst said:
Bless NYC. They will come around and figure it out
Click to expand...
Doubtful.