coskramer said:
Volnation Roundtable with D4H, OD, Titans Bill, and Steve from Lexington. It would sweep the ratings.
Click to expand...
Add Pedigo to this and you have syndication-worthy material
Likes: coskramer

TENN MAN 13 said:
Crouch is a program changer. Elite defender that you can put the ball in his hands at the goal line.
Click to expand...
That's why they recruit running backs....it won't matter who you have back there if the line can't open holes.
B

4.6? Not SEC speed for an RB. Maybe LB.
Click to expand...
they promised him a shot at LB, that's where he wants to play.
Likes: titansvolsfaninga

Bennessee01 said:
they promised him a shot at LB, that's where he wants to play.
Click to expand...
That had to be worth the two year wait.

titansvolsfaninga said:
....it won't matter who you have back there if the line can't open holes.
Click to expand...
Must....not...give...in....AAAAAAAHHHHHHH.....TWSS!
Likes: KBVol and titansvolsfaninga

#Vol4Life1991 said:
Where is @Dobbs 4 Heisman ? I haven't seen his posts in a long time.
Click to expand...
I heard if you say his name three times he’ll come back from the underworld.
Likes: marcusluvsvols and Type Orange+

titansvolsfaninga said:
That's why they recruit running backs....it won't matter who you have back there if the line can't open holes.
Click to expand...
Wrong.. It’s a lot easier when you are 250 and run a 4.4.. That’s why they do it. Don’t @ me..

Mark Ingram won the Heisman and ran a 4.6. There are so many attributes that factor into being a good football player beyond a forty time.
Likes: GoVolsDR, 67Vol, PruitthasLanded16 and 6 others

MR. VERSATILITY: Quavaris Crouch, Tennessee
Click to expand...
Overview: There was a time earlier in his recruitment that many believed Crouch could end up playing running back in college and that kind of versatility had to be incredibly attractive to all the college coaches recruiting him. As he developed physically, though, Crouch grew into a linebacker and that’s what he was expected to play at the All-American Bowl before getting injured. Crouch is still learning the position, but he has tremendous athleticism and dynamic ability so he could be special in the Vols’ defense. If it doesn’t work out, a big back is always needed in an SEC offense as well.

Farrell’s take: Crouch reminds me a bit of Dylan Moses from Alabama, who started as a running back and developed into a great linebacker. He has the potential to be a beast on defense if he can stay healthy or be that downhill runner Tennessee would love to have if defense doesn’t work out. He could even be a hybrid guy on defense who plays with his hand in the dirt at times.

-Rivals
Click to expand...
I get excited about Vols having a big bruiser back.
Likes: TennMan101 and Ron Swanson

Volfan76 said:
I get excited about Vols having a big bruiser back.
Click to expand...
I hurd that.
Likes: Bobo0101, ChiTownVol, TennMan101 and 1 other person

Bassmaster_Vol said:
@Big Gucci Sosa you have a fan club
Click to expand...
Good god almighty. Momma I made it.
Likes: PelhamUT, BucVol98, Ridgerunner Vol and 4 others

Volfan76 said:
I get excited about Vols having a big bruiser back.
Click to expand...
Take it to the Banks.
Likes: BennesseeVols and T Dog
V

coskramer said:
Volnation Roundtable with D4H, OD, Titans Bill, and Steve from Lexington. It would sweep the ratings.
Click to expand...
Took a bad idea and ran with it, imo.
S

Man i hope this sticks

swchandler1988 said:
Man i hope this sticks
View attachment 194330
Click to expand...
I remember when Tony Delk, from my hometown, had that number. It was so cool back then.

Volfan76 said:
I get excited about Vols having a big bruiser back.
Click to expand...
-er*
Likes: SD189 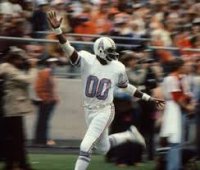 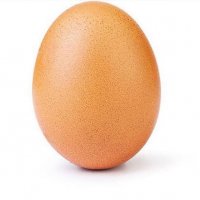 peaygolf said:
View attachment 194415 Bring 00 back.
Click to expand...
A lot of people in Houston called him double nothing. He was a good wide receiver there
Likes: peaygolf

You are showing yourself to be an older fart than I thought you were
New posts
You must log in or register to reply here.
<< Tennessee Vols Recruiting Forum
Share: Facebook Twitter Email Link