there'll never be a day better than that October weekend in Tuscaloosa when I slipped away from co-workers and enjoyed every 15 minutes or so and savored a Major blank you tide in 1982
Likes: peaygolf

tdawgs said:
Watching the man in black Dale sr. win the first and only NASCAR race I have ever been to. I was a huge #3 fan and the spring race at Bristol in 94 will never be forgotten. To me racing died the day he did at Daytona
Click to expand...
I was thinking about the time he finally won the Daytona 500 after 20 years of trying and every person from every crew lined up on pit road to congradulate him as he was coming down pit road heading for victory lane.
S

First time in Neyland in 1968 as a 12 year old watching the Vols destroy UCLA.
Sugar Bowl in 1986.
National champs in 1998.
Game 6 of the 2011 WS at Busch watching David Freese bring the Cards back from the brink then homer for the win in extra innings. Best BB game I ever witnessed in person.
M

Saw future nba hall of famer Adrian Dantley play ball for DeMatha Catholic H.S. vs Springbrook H.S. in Md in 1971. It was obvious he was future pro all star (6x) and HOF (2008.)

SpaceCoastVol said:
In contrast to the most heartbreaking moment, what moment still gives you goosebumps... or makes you cry?

Being at the VOLS National championship is a close second
Click to expand...
1.) 98 NC
2.) 2005 ChiSox win the Series
3.) 4th and 21 Clausen to Fayton in Tuscaloosa to go to overtime and eventually win in 5OT
4.) 08 Olympics Phelps and friends win medley against the French for Phelps’ 8th gold

johnsonbrewer said:
View attachment 353346
Click to expand...
That is a great golf picture... I LOVE this one though... 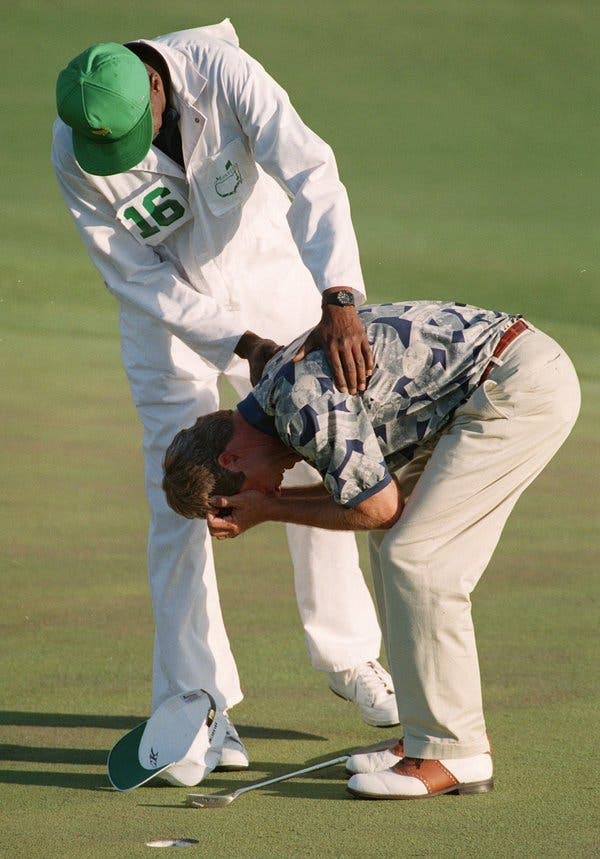 The Original Fade said:
I’ve always been a Dodgers fan, so when K Gibson homered for a walk off World Series win I jumped so high I broke the chandelier in our living room.
Click to expand...
Started keeping up with the Dodgers when the Senators traded Claude Osteen in mid 60s.My dad knew his mother in law when he was stationed at Walter Reed Hospital picked her up on the way for work. Watched him pitch for the Senators a number of times. Opening day pitcher who usually got a least one of the few hits they got.Glad he finally got to pitch for a team that was not perennially sub .500. He was a Tn. native from Caney Sprng btw.
I

Dave Wottle come from way behind victory in the 1972 Olympics.
Click to expand...
Fabulous race. I saw a recent interview with him and he was asked about his strategy to stay back the first lap. He said it was no strategy, that they ran the first 200 so fast he simply couldn’t keep up. He then said that fortunately they slowed down.

My son lost his left eye when he was 9. Being able to see him play a game of baseball less than 1 year later made me into putty. Even though I was his coach and knew he had put in the work to play again, him actually doing it and having the courage to compete with other children, with no security net, set off my tuning fork!
New posts
You must log in or register to reply here.
<< Tennessee Vols Football Forum
Share: Facebook Twitter Email Link