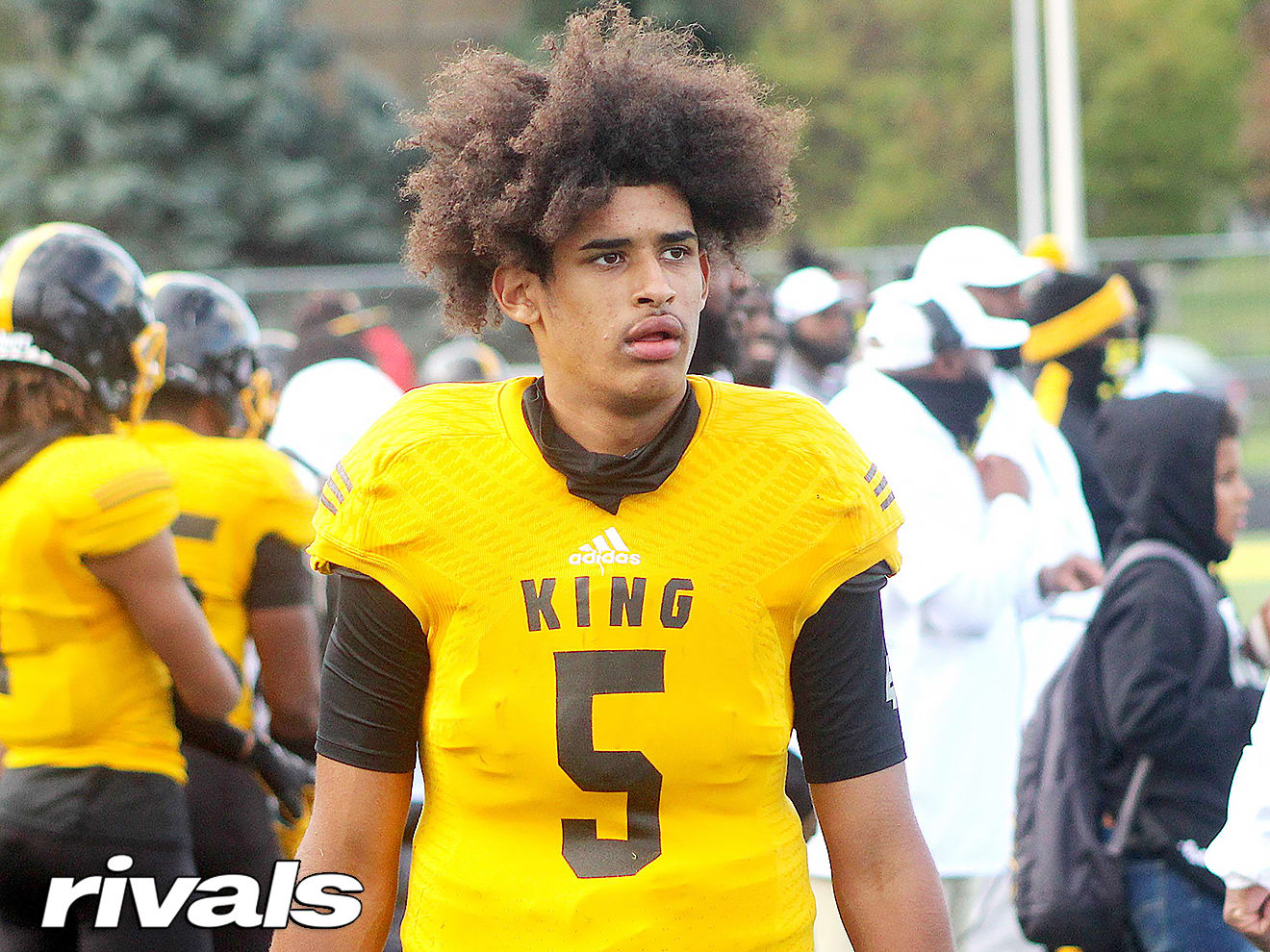 Leeke from Mod Squad!
I

“I was excited,” said Moore, who’s ranked by 247Sports as the No. 12 overall prospect and No. 3 pro-style quarterback in the 2023 class and the No. 1 sophomore from the state of Michigan. “It’s a wonderful program, and I’m really blessed for them seeing the skills I have and giving me an offer.”

The 6-foot-2, 195-pound Moore added that the offer “was out of the blue.” But Halzle made it clear that he and the rest of new Vols head coach Josh Heupel’s staff have been impressed by what they have seen from Moore.

“He said he liked my film, loved the way I throw the rock and how I made plays,” Moore said, recalling his conversation with Halzle. “He offered me because he thinks the program will fit me perfectly.”

“It’s a winning program — I know that. They have developed great players,” said Moore, who also holds early offers from Michigan, Michigan State, Auburn, Oregon, Ole Miss and Penn State, among others.

“That’s a school I would like to visit and get deep into.” While it was Halzle who informed Moore of his offer from Tennessee, Moore said he’s also familiar with new Vols defensive coordinator Tim Banks, a Martin LutherKing Jr. graduate. “He’s cool with all of our coaches,” Moore said of Banks. “They all talk and have good bonds with each other.”

“All the schools that have offered me, I have the same love for,” he said. “No school is higher than another.” But he has an idea of what he’s hoping to find in a college. He said he’s looking for “a school that’s going to be heavy on recruiting me when I can call and text coaches,” along with “a school that fits my playing style and a school that feels like home and I can trust.”

Moore said he “was an Ohio State fan” growing up, “but that changed when recruiting hit.”

For now, he said he’s in no hurry to decide on a college. While he doesn’t know yet when he might be ready to announce a commitment, he said he’s likely more than a year away from finalizing his choice. “(I will) probably wait ‘til I get to my senior year,” Moore said.
Click to expand...
-247
Likes: SweetasSoda, BigOrangeGoose, volthruitall and 8 others

Related to the beef stew?
Likes: TennSam, VolintheBrier, jwilliams and 1 other person

Paywall but it mentions Tennessee as one of the schools prioritizing him. Wouldn’t surprise me if they want him more than Arch, his skill set is a perfect fit for the Heupel offense

VOLUNTEERSZN said:
Five-star QB Dante Moore could be literally all over the map in June

Paywall but it mentions Tennessee as one of the schools prioritizing him. Wouldn’t surprise me if they want him more than Arch, his skill set is a perfect fit for the Heupel offense
Click to expand...
“I know like Texas, LSU, Clemson, Florida State, North Carolina and Georgia are some of the schools he’s mentioned as far as going down to see so that’s what I’m working on,” Spencer said. “Tennessee too.

The process is really picking up for Moore who is the nation’s No. 9 overall prospect in the Top247 and has already been selected to play in the All-American Bowl.

“I think Tennessee is trying to really show they are really, really interested,” Spencer said. “I know Florida State has been very consistent. Penn State as well. All those guys have been, Michigan State, Penn State, Notre Dame have been in contact. Those down South schools really want to see him and really want him to see the campus and have been calling a lot to get him on the phone, LSU, those type of schools.”

Moore is tracking to be a four-year starter for one of the Midwest’s most storied programs. He threw for 33 touchdowns in leading King to the state title game at Ford Field as a freshman. This past year he tossed 30 more scores to just three interceptions.
Click to expand...
Likes: SweetasSoda, Scvol7906, BigOrangeGoose and 7 others

Guessing this kid and Reed are the top guys for 23?
Likes: volfaninpa

Michigan 2023 QB Dante Moore was in Knoxville on Wednesday and spent a good amount of time with the staff. Things went well enough to give the vibe that the Vols will be deep in this one with Michigan State being the most likely competition from the home-state schools.
VQ
Likes: dmwhite1, highspeed, VolByLaw and 7 others

Not sure what kind of offense Michigan State will run but hopefully Heupels offense would give us a clear edge.
Likes: T Dog and ACvol3

HoleInTheRoof said:
Not sure what kind of offense Michigan State will run but hopefully Heupels offense would give us a clear edge.
Click to expand...
A slow, boring and very cold one.
Likes: volthruitall, volsfan_17, UTMVol76 and 1 other person