Added CJ Allen, per VQ article ""hopes to be back in Knoxville for the premier Memorial Day weekend recruit event"
Likes: TitanicVolz, dtnvol, SweetasSoda and 8 others

bignewt said:
I vote to call it "Volhalla" weekend.
Click to expand...
And Ragnarök is coming with us! 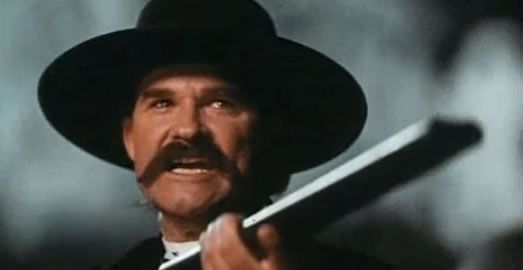 allvolrecruiting said:
the top 2 (Tre Edwards/Jeremiah McClure) MIGHT make it in
Click to expand...
McClure making it in and his dad went to college here (Didn't play sports)
Likes: Smokey19rt, dtnvol and SweetasSoda
J

allvolrecruiting said:
McClure making it in and his dad went to college here (Didn't play sports)
Click to expand...
Where did you see he’s making it in?

jvols1999 said:
Where did you see he’s making it in?
Click to expand...
Rivals said his next visit is us. I had already been hearing his name for the Junior Day so I put 2 and 2 together
Likes: bigl3327

It’s going to be a monster weekend for targets.
Likes: Smokey19rt, HeadVol77 and hooter vol
J

All indications are that OL Francis Mauigoa will be here unofficially but that hasn't been 100% reported...
Likes: Jackcrevol, wwilso29, F0Rt_V0L and 3 others

Here are more names we think could make it in for that Memorial Day weekend:

TNHopeful505 said:
That's a lot of big names....whoa
Click to expand...
AP said that weekend is invite only, so they're only bringing in people at the top of their board pretty much
Likes: Jackcrevol, F0Rt_V0L, HeadVol77 and 5 others
J

HoleInTheRoof said:
-VQ
Click to expand...
So, some of these names aren't necessarily new to the list, some are - and a lot of those are bigtimers. And of course AP hedged by saying "we think could make it in, so all of them likely won't make it. Want to come back to them in a bit.

But I've never heard of Will Whitson, so quick check and very interestingly he's a 2022 JUCO DL who actually got an offer from the Vols back in November

Will Whitson on Twitter: "After a great conversation on the phone with @coachg76 I am very blessed to receive my first D1 offer from the University of Tennessee #VolNation🔶#DreamU @CoachDonerson @CoachMcCollom @_CoachMartin_ https://t.co/ETD9d61fXK" / Twitter

Wondering if we're circling back with him in lieu of a portal DL?

HoleInTheRoof said:
-VQ
Click to expand...
My quick thoughts (FWIW...not much) on the guys on this list who we haven't seen before this VQ reporting (again, understanding that these aren't 100% confirmed and it's 2 weeks away, so some of these prospects probably won't end up making it in). To be clear, if you JUST had the mostly confirmed list above (and I've added Mauigoa since it's pretty much a foregone conclusion he'll be here) it would be a sensational weekend, the likes of which get national articles written by Wiltfong about. If you just get HALF of the guys below who (other than Mauigoa) have not previously been discussed for this weekend it becomes an all timer weekend that could change the course of the class. The amount of talent, especially on both LOS, is just incredible.

Aiden Mizell - we've been mentioned with him quite a bit but to my knowledge he's never been to campus. Parents are both Gator alums and track athletes, so in the end he's probably going to be a tough pull. But if he does get here, especially unofficially, we'd have to be considered at least a contender. And between that and the VQ note about trending for Nathan Leacock (who will also be here for the BBQ), perhaps the WR board isn't as settled as we all think. At the very least it's very, very deep

Dakaari Nelson - interesting because he's a Top 200 Composite 4-star player with a top group of UT, Clemson, PSU, Oregon, AU and UK, but with Luttrell and Sly already committed plus Slaughter coming soon, do we take another Safety? Is he versatile enough to play multiple positions (played some CB last season and had 8 picks)?

Wilkin Formby - everyone assumes he's going to end up at Bama, but right now he's only got an AU OV set in addition to the Ole Miss one he took in April. I am pretty sure we're going to get one too, then OU is the other school in his Top 5.

Frances Mauigoa - ok, so we all know about the momentum here thanks to Nico getting the staff's foot in the door and working him hard + Ellerbe et al doing a great job too. HUGE visit to keep that going, lock in an OV and cement ourselves as the team to beat

Samson Okunlola - literally never seen us mentioned with him before, but alright alright alright. Composite 5-star, #25 overall for 247. Like Mauigoa, a true OL stud. Brother signed last year with Pitt. Good news is that he said he's dropping his top schools on June 2 and will take three or four visits in June and then one or two in the season. So if he does come here, we've got a shot to make those lists. UGA, OSU, PSU, Oregon, LSU etc deeply involved.

Stanton Ramil - similar to Formby in that the assumption is that he'll go to Bama if they push (his dad played there). Will they though? Auburn Arkansas and Miss State also involved. And now that Clemson has offered, where do they sit?

Kamren Robinson - Pitt, FSU and other non-Clemson ACC offers, plus us and SoCar from the SEC. Nice to have another LB potentially on the board

Branden Strozier - HUGE if he does make it, because he's currently tentatively scheduled to OV to Clemson on 6/3 and back here 6/17. But everyone says Clemson has the momentum and if we don't get him back before his OV there it's very easy to see him never making it for his UT OV. But if he *does* come, we could easily steal the momentum back and at least lock up that OV to give ourselves a real chance.

Hunter Osborne - already scheduled for an OV here on the 24th (along with Clemson the 3rd and AU the 10th). Confirmed that he's coming for the BBQ too, which is massive.

Elijah Davis - the JUCO DL with arguably the best offer list out there. Has been talking about a summer visit here for a while, so getting him here - hopefully unofficially - would be very big. Bama likely the biggest competitor, which tells you all you need to know.

Keldric Faulk - like Osborne and Parker (below) another bigtime DL from Alabama. He was here for the 1/22 Junior Day and has the other top dogs in the SEC after him, including instate Bama/AU, Florida (OV set for 6/17) etc.

Tomarrion Parker - family in Knoxville, has been here a bunch, but has been thought of as mainly a UGA/Bama battle. Also has UF and OSU up there. Like Faulk, locking down an OV is the goal here.
Likes: sneakergawd, 5FingerVolPunch, BullsGap and 9 others
N

I’ve followed recruiting closely since my freshman year at UT way back in 97. I’ve never seen a weekend like this.
Likes: Yazzy, sneakergawd, 5FingerVolPunch and 19 others

NotoriousRPP said:
I’ve followed recruiting closely since my freshman year at UT way back in 97. I’ve never seen a weekend like this.
Click to expand...

bignewt said:
I vote to call it "Volhalla" weekend.
Click to expand...
The hammer of the gods
Will drive the recruits to Knoxville.
To fight the SEC, sing and cry
Volhalla I am coming.

How soft your fields so green (with a checkerboard endzone)
Can whisper tales of gore
Of how we calmed the crimson tide
We are your overlords
Likes: StoVol

Hunter Osborne has stated he will be there for Memorial Day weekend
Likes: 5FingerVolPunch, Ericvol2096, creativevol and 2 others
J

vol_in_ga said:
Hunter Osborne has stated he will be there for Memorial Day weekend
Click to expand...
Good call, thanks. Moved him.
A

We gonna do something stupid and get the #2 and #3 OT
Likes: 5FingerVolPunch, BullsGap, Jackcrevol and 2 others

AresTheVol said:
We gonna do something stupid and get the #2 and #3 OT
Click to expand... 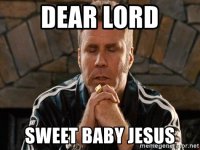