Click to expand...
Eff that prick! He should be more concerned about his job security than the Tennessee baseball team and the fans.
Likes: Zues1

LSU > the biggest cheaters in conference in all sports. Makes everyone else look like choir boys. F em.......
Likes: maxorange, I4Vols and Border Vol
T

He basically just admitted that his team is soft and got rattled without actually saying those words.
Likes: VolNavy01, A.Vol70, chuckiepoo and 1 other person

vol66 said:
I ain’t no preacher. There is no preparation for the kid. “You are probably gonna hear some things that would get ya in trouble in school.” But at least we did it together at a baseball game. That’s baseball, and that’s for sure SEC baseball.
Click to expand...
So true, I remember the first NHL game I took my then 12 year old son too.....
Likes: vol66 and Border Vol

OldTimer said:
So true, I remember the first NHL game I took my then 12 year old son too.....
Click to expand...
Bobby Hull once said hockey players are bilingual they speak english and obscenities
Likes: ABINGDON VOL FAN, chuckiepoo and vol66
W

tennrich1 said:
9 times out of ten the all time fool maker/home wrecker is involved - king alcohol! Can make games miserable for most.
Click to expand...
It clearly was in both situations I mentioned. The two guys behind me at LSU were drunk & right field at OM is their frat area and 19 yr olds drinking up mommy & daddy’s money was clearly in view.
Likes: tennrich1 and Border Vol

UT making some noise and the league big boys are hearing us. Tells me we're doing things right. Just hope Danny and the brass at UT make the commitments needed to keep this coach. This baseball program is the best thing going at UT and its not close. Of course, this is precisely why I expect UT to screw it up and lose the best baseball coach we've had in forever.
Likes: OrangeAllDay, TheMookieMonster, chuckiepoo and 1 other person

One of the first things I learned while attending the football camps at UT. Cafego had a deep deep hatedred for the doors. So I can only hope that every true Vol fan can continue that tradition
Likes: chuckiepoo, vol66 and Border Vol

Souce is a klepto

vol66 said:
I ain’t no preacher. There is no preparation for the kid. “You are probably gonna hear some things that would get ya in trouble in school.” But at least we did it together at a baseball game. That’s baseball, and that’s for sure SEC baseball.
Click to expand...
What few words my best friend didn’t teach me by 4th grade, my soccer coaches from the Navy base taught me in 5th grade.
Likes: vol66 and Border Vol

Click to expand...
Need to send him a broom
Likes: chuckiepoo, Border Vol and Zues1

TMvol10 said:
He basically just admitted that his team is soft and got rattled without actually saying those words.
Click to expand...
I guess this was my first thought instead of taking any offense. He may have been calling out his team and used the Vol sweep to try to do that. CLEARLY, LNS is not the worse (actually prob not in the top 5) most intimidating stadium in the SEC. Hey...go to Ole Miss for a game and see what happens! Now certainly I'm not on board for profanity, name calling especially of family members, or any derogatory type harassment but making players feel "uncomfortable" while playing at your home field is part of the game. No question...that was a hard, bitter pill for LSU to swallow and I think the coaches comments just reflect as much.
Likes: TMvol10 and chuckiepoo

oh, but LSU fans are always classy? Ever been to Baton Rouge? Save it Paul!
Likes: Border Vol

txbo said:
Baseball is still the most family friendly sport to watch. I met my wife at a game. We took our kids to games often. It’s a family tradition. Let’s not screw that up.
Click to expand...
No question about that. I spend many games each year (until last year of course) at different major league parks (vast majority in St Louis) and theirs still a lot of respect at baseball games. BUT...some of the most disgusting intoxicated perverts I've encountered have been at baseball games. Granted I attend A LOT of baseball games so the opportunity is more for sure.
Likes: Border Vol, txbo and chuckiepoo

Retired in PA. Can't wait to get back to TN 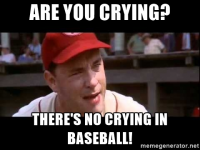 Screw LSU and everyone else in the conference. We haven’t won the conference since 1995 and the World Series since 2005. It’s about time we have a team the rest of the SEC is threatened by. The better team won and he is a sore loser so he just wants to find something to complain about. Keep our name out your mouth and just try to beat us. If you can’t, take your butt whooping and go cry in the corner. Stop complaining about us and worry about trying not getting swept the rest of the season.
Likes: MagnoliaVol and Border Vol

Never worked for a Vandy grad

I know it's petty but I'm entertained by having to scroll to the bottom of the rankings to find LSU's name.
Likes: chuckiepoo, Border Vol and BigBadVol

The coach sounds butthurt. Made my Friday!
Likes: chuckiepoo, Border Vol and txbo

Lots of players make their social media accounts private for this very reason, and it’s been going on for years, not just because UT has some rowdy students.

BTW, LSU had a large group of fans (including people who were the age where they could be players’ parents) yelling at UT players and the UT students raising Cain. The LSU fans eventually had to shut up because of the score.
Likes: chuckiepoo and Border Vol

Coaches publicly chirp too. Last weekend, Notre Dame hosted Louisville. Notre Dame called the last game because of ‘weather.’ Louisville went ahead and had a practice at Notre Dame and tweeted this out. Note all photos show a dry infield and grass.
Likes: StarRaider, chuckiepoo and VolBallGuy

StarRaider said:
Click to expand...
Paul Mainieri is a freaking wimp who is trying to cover his arse because he knows his job may be in jeopardy
Likes: chuckiepoo

Border Vol said:
Paul Mainieri is a freaking wimp who is trying to cover his arse because he knows his job may be in jeopardy
Click to expand...
I agree with a comment like that he most likely won't be coaching there next year.
Likes: chuckiepoo and Border Vol

Click to expand...
About time we had a homefield advantage.
Likes: chuckiepoo

So, thought it was pretty funny. There are several videos on TikTok today from a LSU baseball game with some of their students in the stands yelling questions at the outfielders which I won’t repeat them all in full but things like yelling at the outfielder to hold up their left or right hand to identify which part of the female anatomy he prefers. I’ve seen 2 different videos today already lol
Likes: chuckiepoo
New posts
You must log in or register to reply here.
<< Tennessee Vols Baseball Forum
Share: Facebook Twitter Email Link