UpstateVol613 said:
Who got the CB today?
Click to expand...
Bama by Ark insider

That looks likes a Florida or Kentucky edit

millst987 said:
Bama bound?
Click to expand...
That has been the feeling. 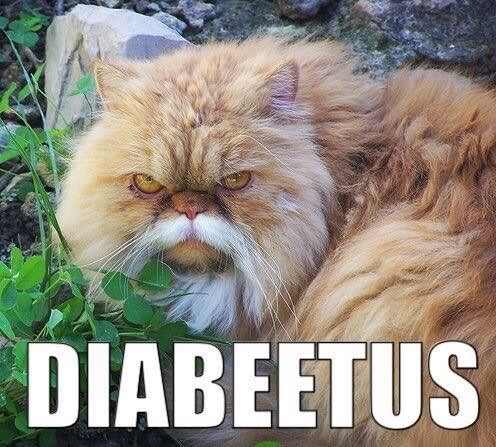 Click to expand...
Even looks like Wilford Brimley in the face.
Likes: Paper_Towel, DeepPurpleFloyd, Big Orange#1 and 4 others

On Alabama: "Alabama, I like how hard they work. They put players in the league and they're serious about work serious about football and winning championships. They're really raw -- compared to other schools, they work harder than every other college football team." On LSU: "Well, that's home, too, and it's easier for my parents to go to LSU games. That's the big thing about LSU -- about being close to home."

On Florida: "They still hit me up. I just chose (to commit) too early. My parents have been liking it, too, but they thought I committed too early. They still text me and get me on the phone a lot." On Tennessee: "The love they show, they show a lot of love. They hit me up all the time, always check up on me, every coach on the coaching staff, so that's a big thing about it. I knwo I can play early at Tennessee, too. I love their strength development program there, too. Coach (Derek) Ansley came from Raiders and it's about developing myself. Tennessee s a good school."

On Kentucky: "They have been hitting me up every day. They hit me up and ever since I was committed to Florida, they've been hitting me up. They tell me I can play early in their defense, whether it's at corner, safety or nickel; they just wanna get me on the field." On Houston: "It's the city of Houston, and then the school .. every athlete that goes to Houston they're gonna love it, so it's a lot to do with that and Houston, they're building something good up there. It's a real team and they'll be winning a lot of games. I think they're moving to a (bigger conference) down the road. I think it's really gonna happen."

On zeroing in on a decision: "It was hard, but it's gotten harder ... I think I'll be ready about August 20th. I was thinking about committing September or December, but I wanna get it over with to win a state championship. The more I think about schools it makes my head hurt. It really just throws me off." Biggest X-factors: "Well, somewhere I can play for sure, where they'll develop me and go to the league, so somewhere that can help put me there. Somewhere my family will like and where my family can get to the games easily."

RIVALS REACTION
Williams gave an early commitment to Florida at the tail end of the spring only to back off that pact less than a month later. It's no coincidence the four-star defensive back reopened his recruitment just days after receiving an offer from Alabama.
After camping at Alabama and LSU, Williams returned to Tuscaloosa -- this time with his mother, who as he indicated is playing a huge role in his decision-making process. It was surprising that Williams did not commit to the Tide before leaving campus at the end of June.

At the Five-Star Challenge, Williams named Alabama, LSU and Tennessee as finalists, and then added Kentucky, Florida and Houston to the mix earlier this month. Right now, it appears that the Tide and the Vols are at the top of his list. It remains to be seen how hard the Tigers push for the in-state product and nobody should take Houston too lightly in this process. One major factor will be proximity to home and playing time, as he wants to play -- and do so early -- and ideally with his parents able to travel easily to games on Saturdays in the fall.
Click to expand...
-Rivals
Likes: hooter vol, F0Rt_V0L, ChiTownVol and 1 other person

Isn't he the doofus that posted IG stories of him being on the UT campus the day he committed to UF? So clearly he does stuff for attention/drama. As such, flush on anything he says. And tbh I almost don't even care about his recruitment.
Last edited: Jul 18, 2019
Likes: Leeleesteeth, jakez4ut and #Vol4Life1991

UpstateVol613 said:
The LSU Tiger looks like it has DIABEETUS!!! Really, really fat.
Click to expand...
That is the original Tiger emblem.

I don’t think it’s going too far out on a limb to say if he commits somewhere, again in August, that it sticks in December
Likes: SweetasSoda

Big Gucci Sosa said:
Visiting next weekend
Click to expand...
Has he had his official here yet?

bignewt said:
Has he had his official here yet?
Click to expand...
no. two unofficials in the spring tho.

So I guess this one will be?

bignewt said:
So I guess this one will be?
Click to expand...
i think so, but don't quote me....i thought i remember reading that he wanted to go to games for OV's?
D

jakez4ut said:
no. two unofficials in the spring tho.
Click to expand...
Did we count the Instagram visit that really never happened or does that count as well? 😂
Likes: SweetasSoda and jakez4ut

DaddyChad said:
Did we count the Instagram visit that really never happened or does that count as well? 😂
Click to expand...
Lol
V

SLICKYINC said:
What in the blue hell is going on in this thread
Click to expand...
Lordy, I wish I knew
V

Gator fan: wow, 4 new commits in 6 days, and strong rumors of several more coming, while Georgia has a decommitment and their best WR is booted over that same time. Mullen is rolling....

VolNation: yeah, but uh, Mullen can’t recruit! And, uh, he had two guys who had never stepped foot on the field in a real game, uh, transfer! And that #6 ranking really isn’t as good as UT’s 28th ranking because, um, these average stars things, uh, Mullen can’t recruit!! 😂
Click to expand...
Das it mane
New posts
You must log in or register to reply here.
<< Tennessee Vols Recruiting Forum
Share: Facebook Twitter Email Link