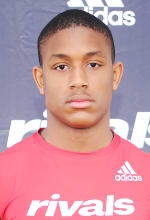 Board man gets paid

Committed to the good guys
Click to expand...
Go to his Twitter it has his hudl attached.
Likes: jayisavol

Him and Lawrence as our safety tandem please.
Likes: Paper_Towel, Vols_n_Pugs, The Dog and 5 others
D 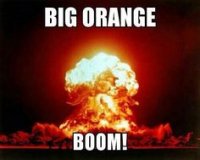 BOOM!!! Outta nowhere. I have the feeling there will be many more. Already #24 class on 247 team rankings. Just be patient, we will have another top 15 easy.
Likes: MagnoliaVol, ReelfootVol, T Dog and 1 other person

“I have known the staff for a while. Really, it was my relationship with the coaches,” Johnson said of why he committed Thursday.

“They wanted me to come down and see the facilities and stuff.”
Click to expand...
Johnson spent Friday with the Vol coaches, particularly defensive coordinator Derrick Ansley and head coach Jeremy Pruitt.

“I like coach Ansley,” Johnson said. “He’s going to develop you on the field as a player and develop you off the field as well to make you a better person and man.
Click to expand...
“Coach Pruitt is the type of guy I want to play for. He’s a no non-sense guy who’s about football and about making you a better player and person.”
Click to expand...
“I like the fact that Coach Ansley and Coach Pruitt have worked together and are both really good db coaches. They have developed a lot of guys into really good college players and guys who play at the next level,” Johnson said.
Click to expand...
The Vols like Johnson as a safety and nation’s No. 83rd ranked player said his ability to play in space and in the box is the strength of his game.

“My athletic ability and my speed,” Johnson said of what the Vols like about him. “I’m long and I can get sideline to sideline. I think that I’m a physical player, but I also have good ball skills.”
Click to expand...
-VQ

Kid looks physical and has nice reach. Plucks the ball out of the air.

Haven't seen much film, but he may even be able to play some boundary corner.
Likes: MagnoliaVol, feathersax and SmokinBob

TheBigOne10 said:
BOOM!!! Outta nowhere. I have the feeling there will be many more. Already #24 class on 247 team rankings. Just be patient, we will have another top 15 easy.
Click to expand...
That’s without Spraggins having a true rating.
Likes: titansvolsfaninga and TheBigOne10

Click to expand...
This slightly disturbed me.... but I’ll allow it.
Likes: WilliamDuVOL, Paper_Towel, GroverCleveland and 3 others

This reminds me of the Anthony Harris commit last year.

cHiZzLeVOL said:
This slightly disturbed me.... but I’ll allow it.
Click to expand...