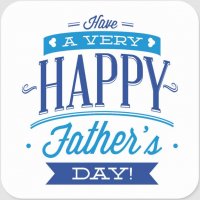 My Dad; Born 1922, died 2012. He was a junior at Berry College in Rome, GA when the Japanese bombed Pearl Harbor. Sgt. York showed up one day and gave a rousing speech. All the boys enlisted.
He fought at Iwo Jima. When the war ended his CO said, "Son, we want to make you an officer". Dad replied, "Sir, I wouldn't stay in if you made me a general."
So, he came home and went to work for the railroad. He ended up running the largest rail yard east of the Mississippi.
He raised two sons, and was a perfect example to live by. I miss him.
Likes: Vjcvette, BUCCnVOLfan, VolNExile and 6 others 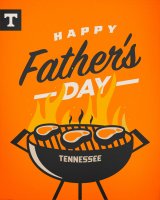 Friend got this today from his pups. 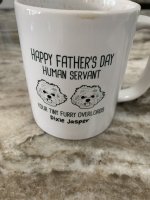 I am nobody’s father. I’ve sired no children (not my plan, but fate). By the time I married my missus, the daughter was already fully enfranchised. The cat recognizes my missus as Cat Mom. The missus may call me Cat Dad, but to the cat, I’m just staff. Accordingly, I celebrate Labor Day.
Likes: joevol33, VolFaninFla, mad4vols and 2 others

Happy Father’s Day, friends! This is my second Father’s Day. Here is my son last week at Isle of Palms. I love that little guy so much!

headhunter15 said:
Happy Father’s Day, friends! This is my second Father’s Day. Here is my son last week at Isle of Palms. I love that little guy so much!
Click to expand...
Likes: VolFaninFla