Pat would be 68 years old today. It's a shame she had to leave us so soon but I will always remember the good times, the big wins, the stare and how she made the sport what it is today.
Likes: Rickster, JayQueUK, W.TN.Orange Blood and 11 others

Click to expand...
I already love Destiny after seeing her quote. Can't wait to cheer for her as a Lady Vol.
Likes: Rickster, sisaq, stlvolsfan and 7 others
G

Happy 68 Birthday. Just wonder how many wins she could have had, probably around 1.500. She did so much for women sports. Rest in Heaven till us other Tennessee fans get there.
Likes: bigorangepoppa, LadyVols_WBK, VolBall09 and 1 other person

Ladyvol777 said:
Happy 68 Birthday. Just wonder how many wins she could have had, probably around 1.500. She did so much for women sports. Rest in Heaven till us other Tennessee fans get there.
Click to expand...
I like that
instead of RIP,,,RIH
;o)
Likes: bigorangepoppa

Wow. Not a self-plug here, but awesome to know I share a birthday with the GOAT Women's Basketball Coach.
Likes: krichunaka, mcannon1, VollyParton and 2 others

Happy Birthday Miss Pat. We hope you have a wonderful day in heaven today w/family members ... 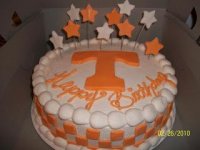 I will never forget the swell of pride I felt the moment President Obama placed the Medal of Honor around Pat’s neck in 2012. Since the award began in 1963, there have been 33 sports figures who’ve been awarded the MOH, and only two of those were women — Pat and tennis legend Billy Jean King. There are only five coaches out of the total 33 who hold Medals and, of course, Pat is only woman.

For decades I’d talked about Pat being not just a coach but a national treasure, and on that day the President of the United States of America, on behalf of the citizens of our republic, made what so many of us knew in our hearts a literal, official fact. I choke up thinking about it. 🎖
Likes: mcannon1 and LadyVols_WBK
J

Although I'm a fan of UK (being from Lexington), Pat Summit is part of the reason for my initial interest in women's basketball. She was amazing and her teams were so much fun to watch. I remember literally tearing up when I saw her in person a few years ago, right before her passing... You all are very lucky to have been blessed with this lady
Likes: mcannon1 and sisaq
New posts
You must log in or register to reply here.
<< Tennessee Lady Vols Forum
Share: Facebook Twitter Email Link