Georgia is on their heels due to our recent recruiting prowess and this proves it.
Georgia responding to Tennessee’s recruiting success
Last edited: May 1, 2020
Likes: SolidRockGolf, joevol33, sport3500 and 4 others
O

They realize the light at the end of the tunnel is headed straight toward them.
Likes: 1 in 102 455, SolidRockGolf, greenbacknative and 12 others

Most obnoxious fan base ever
Likes: Jaws, tbh, Dumpsterfirefan and 15 others

this is just sad on their part
Likes: BowlBrother85

All Vol, all the time

We are trending up, they are not.
Likes: orangebloodgmc

Souce is an internet treasure

Who cares what the mutts think? If they ever reach nine in a row, let me know.
Likes: tbh, Jacksonvol, jacvols and 4 others

Orange you glad to be a Vol??

Guess we are the pettiness...
Likes: Frozevol

To have that much talent every year and have nothing to show for it.

Your golden boy shipped out a QB who wins a tittle for a good ole boy who doesent like no.

Your savior refuses to take responsibility so he throws his players under the wheels of the bus.

In the biggest game in recent memory for Georgia he punts with just over a minute left to lose the game.

He’s no better than Richt

The list goes on and on.
Likes: tbh, AllVols, VolinMC and 16 others 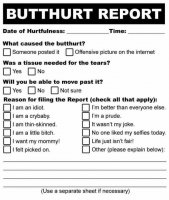 They are certainly down.

Didn't they lose all of their starters on offense but 2?

How can you have the number of #1 recruiting classes they have had and have zero NC?

And lets not forget that they lost to Lyle...
Likes: Jacksonvol, VolfanTn2Nc, beamerman and 5 others

Rockytopvol86 said:
Georgia is on their heels due to our recent recruiting prowess and this proves it.
Georgia responding to Tennessee’s recruiting success
Click to expand...
GUCK FEORGIA
Likes: tbh, Remy and PlanetVolunteer

NorCalVol67 said:
Dey scared.
Click to expand...
Florida will win the SEC East and Georgia along with Tennessee will be tied for 2nd place.
Likes: Credo

Will Work for Thai Stick

Rockytopvol86 said:
Georgia is on their heels due to our recent recruiting prowess and this proves it.
Georgia responding to Tennessee’s recruiting success
Click to expand...
The equivalent of "So, your breath smells"
Likes: Rockytopvol86 and Tennesseefan2019
S

VolFreakJosh said:
Most obnoxious fan base ever
Click to expand...
As long as UF and UNC still compete in college athletics.... they're no better than a VERY distant third.
Likes: MUTigr92, RDU VOL#14 and SpookyAction

If these kids stick together... their celebrations after beating UGA are going to be classics.
Likes: joevol33, BreatheUT, feathersax and 4 others

They call us petty but they had to post a highlight reel to make themselves feel better 😂
Likes: BreatheUT and feathersax
V

Kirby missed his window 2 years ago, their time is done
Likes: Remy, Stoked and allvol123

Nothing wrong with folks admitting their bitterness for the Vols. We have supplied the agony of defeat to so many it’s wrong to blame them for what we have done.

Had to do it. Ainge beat UGA 3 times.

Things that happened in 1980