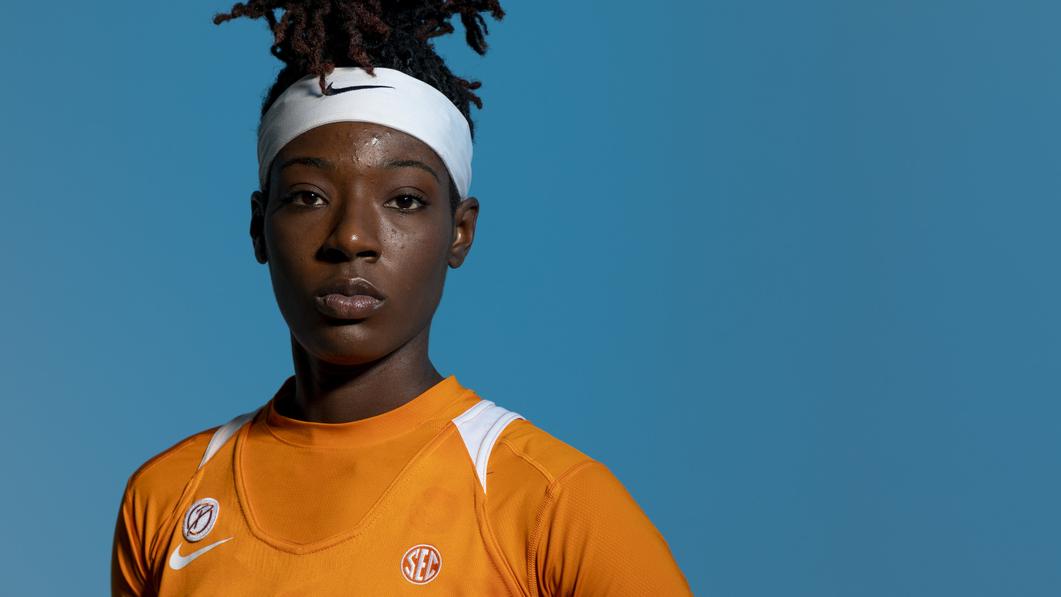 Sunday, 2:02PM
KNOXVILLE, Tenn. -- No. 22/24 Tennessee (9-2) will open a two-game home stand and simultaneously close out the 2019 portion of its schedule on Sunday, as the Lady Vols welcome Howard (8-4) to Thompson-Boling Arena. Tip-off is scheduled for 2:02 p.m. ET. This will mark the first time these programs have met on the hardwood.

NOTES FROM THE LAST GAME

Keys to the game:
I pulled the game recaps from their last 3 games:
Last three games:

Guards Ayonna Williams (5'4" G) (Washington) and Jayla Thornton (5'9" G)(Newark, N.J.) led the Bison attack, scoring over 20 points apiece. Williams produced a season-best 28 points, including 21 points after intermission, while the New Jersey was nearly perfect from the floor, tallying 23 points on 9-of-10 shooting, including 5-of-6 from long range. HU took a 25-19 lead after one and ballooned its advantage to double digits, thanks to a long ball from Thornton at the 4:47 mark in the second, 32-22. Mason struggled in the second period, shooting less than 12-percent (2-of-17), while the Bison shot a respectable 47-percent (7-of-15). After taking a 15-point advantage at the break, 42-27, HU saw George Mason chipped away in the third and sliced the margin down to single digits entering the fourth, 63-54.Mason continued to battle back and cut the deficit to a one-possession game with less than four remaining, 72-69, but Williams took control and scored 17 of her 28 points in the fourth to extend HU's winning streak, 86-75. Overall, the Bison shot over 51-percent (31-of-60) from the field

GREENVILLE, N.C. (December 16, 2019) – Howard University women's basketball team overcame a 13-point deficit to defeat East Carolina (ECU), 67-51, thanks to a 42-point second half outburst. "Overall, tonight was a solid win," said Howard women's basketball head coach Ty Grace. "We knew tonight's game would be tough because ECU [East Carolina] does a solid job in their press. We started off with a ton of turnovers, but finally settled in the second quarter." With the victory, HU matched its longest winning streak of the season at three while improving to 7-4 overall.Senior guard Sarah Edmond (5'9" G) (Freeport, N.Y.) filled the stat sheet, finishing with a game-high 17 points, nine boards, four assists and four steals. Second-year forward Krislyn Marsh(6"0") (Duncanville, Texas) added 12 points, including 10 points after halftime.

WASHINGTON (December 14, 2019) – Howard University women's basketball team cruised to a 91-42 victory over Niagara inside Burr Gymnasium. With the win, HU improved to 6-4 on the season. Howard dominated all facets of the game, starting on the defensive end. HU scored 25 points on 28 Niagara turnovers while holding the Purple Eagles to only 21-percent (15-of-71) from the floor, including 19-percent (4-of-21) behind the arc. We did a great job getting on them [Niagara] early," said Howard women's basketball head coach Ty Grace. "Everyone did a great job following the scouting report, which led to the defensive effort we put out tonight. Holding them to just 21-percent said a lot about our defense focus." Offensively, the Bison shot 51-percent (36-of-70) from the field, including 50-percent (11-of-22) from long range, and made 36 baskets on 24 assists. "We did a good job sharing the ball," Grace added. "Having 24 assists means you're sharing the ball and finishing plays." Senior guard Sarah Edmond (Freeport, N.Y.) led the attack, posting a season-best 25 points on 9-of-12 shooting, including 5-of-6 from downtown. "Sarah [Edmond] had a tremendous game tonight," said Grace. "[She] came up big on so many possessions and heated up from three and continued to feel it the whole game. Sarah is capable to have that type of performance every night, [and] it's fun to watch." Third-year sharpshooter Jayla Thornton (Newark, N.J.) produced 16 points on 6-of-10 shooting, including 4-of-8 from beyond the arc.

hopefully burrell and horston will pic up where they left off..
Likes: Volfaninfl2, teacherdean and RollerVol
R

wouldn't doubt we beat them by at least two touchdowns...

Last non conference game we need to show were ready for conference play. I think this is the second game in a row where we score 80 with an 85 to 59 win.
G

RollerVol said:
wouldn't doubt we beat them by at least two touchdowns...


This is what I am looking for today

In it she was asked:

On if the players need to be tougher mentally to endure contact getting to the basket:

"Our players are big and strong enough to take some contact. I think it's more of a mindset to get themselves in there and be ok with it. And once they do it a little bit, it will become easier. It's just not natural for a lot of players. It wasn't natural for me as a player, but my teammate Semeka Randall had a great knack for getting to the basket. So, some people do and some people don't, but I think we can continue to work on it and develop it in some of our players."

That mindset won't make it.... The mindset has to be "Our players are big and strong enough to give some contact".

You've got to make them WANT to find somebody to run over on the way to the basket
There are drills to get them comfortable with contact, to even help them to learn how to use the contact to their benefit

The first thing I do is run a contact layup line with a human obstacle and see how each of them looks when they attack another player-obstacle.

Do they grimace or do they grin!
L

Coach Jumper said:
That mindset won't make it.... The mindset has to be "Our players are big and strong enough to give some contact".

You've got to make them WANT to find somebody to run over on the way to the basket
Click to expand...
I honestly don’t think we’ve had much of a shortage of players willing to run over people.
Likes: gule

Coach Jumper said:
Burrell either looks great or bad...consistency
Click to expand...
I am eager to find out how her all high speed bull in China shop play works vs the higher level SEC teams.

gule said:
fyp, Burrell always looks GREAT!
Click to expand...
Those out of control, "see if I can force something to happen" instances are what I am talking about

If if drops under 10K, let us know.
Likes: Coach Jumper and RollerVol

Tenn is 22 points up on Howard.
Likes: Volfaninfl2

7 assists to 5 turnovers...I'll take that for now
R

creekdipper said:
That's quite a lead.

If if drops under 10K, let us know.
Click to expand...
refs should just call it and let's drink some beer...
Likes: creekdipper, Volfaninfl2 and W.TN.Orange Blood
New posts
You must log in or register to reply here.
<< Tennessee Lady Vols Forum
Share: Facebook Twitter Email Link