Also coming in next weekend will be running back Justin Williams from East Paulding. The West Virginia commitment is taking a hard look at several schools including Alabama, Auburn and the Vols. Williams is a well spoken young man who really has heavy interest in Rocky Top but has yet to visit here. The New York native moved and spent most of his childhood in Georgia. He has been buddies with Miles Campbell since little league and Campbell has been pushing Tennessee hard at him.
Click to expand...
-VQ

Could be a day one starter if he’s well spoken enough, IMO.
Likes: orange parmejohn, American_PitVol, Rocky_Top_Vol13 and 28 others

Could be a day one starter if he’s well spoken enough, IMO.
Click to expand...
Future All Pro
Likes: memtownvol, Bassmaster_Vol and allvolrecruiting

Could be a day one starter if he’s well spoken enough, IMO.
Click to expand...
If not.. 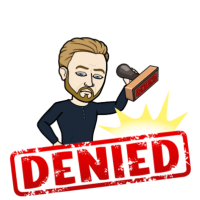 We’ll be checking this kid out tonight. Both teams aren’t very good as a whole but will be interested to see how he shows…
Likes: allvolrecruiting, LittleVol, volsagain and 1 other person

justwatch123 said:
We’ll be checking this kid out tonight. Both teams aren’t very good as a whole but will be interested to see how he shows…
Click to expand...
So what did you think about him?
Likes: therickbol
J

Really hard to tell.. Definitely has the size. Has good speed. Nothing stood out as elite. But the upside is there. His team lost 49-21.
Likes: allvolrecruiting

Georgia running back Justin Williams continues to reiterate to Volquest how much he is looking forward to this weekend. It’s a real chance for Jerry Mack and Company to set the tone for the East Paulding playmaker.
Click to expand...
-VQ
Likes: Nickoli, volthruitall, F0Rt_V0L and 11 others

"We talk consistently ever since they offered me a few weeks back," Williams said. "He's a great guy. He's funny and outgoing. I have nothing bad to say about him. He's genuine and brings energy. I'm a big energy guy and I feed off that. I love bringing energy to the room so I need a coach that is going to bring that same energy back in return."
Click to expand...
regarding head coach Josh Heupel

"I have spoken to him a few times," Williams said. "I really like talking to him because he's very genuine as well. He's easy going and the vibe I got was great talking to him."
Click to expand...
regarding Both Mack and Heupel

"They are looking for guy to come in and play right now," Williams said. "They are looking for a bigger back which is what I am. They want a back that can get downhill and is fast. Not just a fast guy or a power guy. Somebody who can do both. They like how I catch the ball too."
Click to expand...
about Saturday

"It's big for me to come down and see the place," Williams said. "I've been able to get a feel for the staff over the phone, but I won't know for sure until I get there and see it with my eyes. Getting to see coach Mack in person will be big this weekend. I'm a big gut feeling kind of guy. I'll know about Tennessee more when I get the full feel for it. I want to see how it all is and see Knoxville and what it brings. Just the energy around the school and place."
Click to expand...
-AP*VQ
Likes: allvolrecruiting, SoilVol, F0Rt_V0L and 12 others

But Tee Hodge (bigger back) left and now we need bigger backs. DBeckwith can't even get on the field.

F, we need to seriously shore up the RB Room.
Likes: volnut1 and volfan_28

MarcoVol said:
I feel like I post “he’s not in the portal” quite a bit
Click to expand...
Yep. Pretty easy to know if someone is in the portal.
Likes: MarcoVol

peaygolf said:
Yep. Pretty easy to know if someone is in the portal.
Click to expand...
Lol right? People freaking out with this portal stuff and just started naming dudes on other teams that we should get regardless if they’re even trying to leave their current team
Likes: BigOrangeTrain and peaygolf

F, we need to seriously shore up the RB Room.
Click to expand...
Evans was an awesome find by Jay Graham.

Sampson definitely has the breakaway speed. I hope we can get this guy too.
Last edited: Nov 13, 2021
Likes: volnut1, Woodlawn VOL and HalfullVol

The fact that we want a bigger back and Tee couldn’t sniff the field is telling.
Likes: Lane Train 4, BigOrangeTrain, Ryno14 and 12 others

I also spoke to Justin Williams during the fourth quarter and he was really blown away by everything. He is still here on campus with Coach Mack. In my opinion Tennessee has moved to the top of the list in this one.
Click to expand...
- AP
Likes: American_PitVol, Rocky_Top_Vol13, Nickoli and 38 others

I bet a “respect my decision” tweet that WVU fans won’t like to come out sometime this week.
Likes: Rocky_Top_Vol13, LaTechVol, Lane Train 4 and 15 others

What’s the consensus on him?

Vols2DaWall said:
What’s the consensus on him?
Click to expand...
Staff seems all in on him so that’s good enough for me.
Likes: T2P_Priceless, peaygolf, SweetasSoda and 8 others

"The atmosphere was great," Williams said. "The love from the fans, the facilities and the love from the coaches in taking me around gave me the whole experience. The love I felt here was unreal and I had a great time."

There were a couple of instances where fans recognized Williams and for a 17 year old, that's a pretty eye opening experience. "It's crazy and feels surreal," Williams said. "It shows you how passionate the fan base is and how interested they are in me and the program as a whole. The love I saw today was unreal."

This un-official visit was a chance to see if he wants to come back for an official and it's safe to say the Vols earned a return trip. "I'm really impressed so I definitely see myself coming back," Williams said. "They are in a very good spot. I loved it. I loved the coaching staff and loved coach Heupel. That was great."


"He told me they need a bigger back and they want one that can come in in December," Williams said. "He told me he feels like I can be that guy. They love my game and they make me feel wanted."

He was able to hang with players and prospects and he heard the constant theme about how Heupel has changed the culture.
"I've heard that before he got here, the program was rough," Williams said. "All the recruits and players are telling me how he changed it and how they bought into him so fast. In the matter of a month, he changed the mentality of the program."

Being able to hang with not only Heupel, but also running backs coach Jerry Mack was massive for Williams, who makes decisions based off the feelings he creates through the process. "It was huge," Williams said. "Just building that relationship. We talk on the phone and cut up and laughed, but being able to hang out with him today just made the relationship stronger."

Watching the game, he found himself thinking about what it would look like wearing #4 in orange and finding the checkerboard end zones. "That's what you were supposed to do," Williams said. "I could definitely see it and I don't think I'd have any problem in this offense."

Williams will take more visits over the next few weeks with one to Michigan likely on the table. Auburn continues to check in with him, but clearly the Vols have set themselves up to be in this one until the end.

"The biggest takeaway is the love that I felt," Williams said. "That and just how close Tennessee is to being a really good team. They are just a few pieces away. They are going to skyrocket in the next year or two."
Click to expand...
- VQ
Likes: wrangler, American_PitVol, Rocky_Top_Vol13 and 41 others

HoleInTheRoof said:
Staff seems all in on him so that’s good enough for me.
Click to expand...
He’s ranked higher than Hayden on Rivals.
Likes: 5FingerVolPunch, gmoneyvol, Newman and 9 others

Dad gum this kid is yoked
Likes: BigOrangeGoose, ALStateLineVol, MwB and 14 others