.
ALABAMA: "At Alabama, players are surrounded by the best on and off the field. They have great coaches, great players and coach Nick Saban is one of the best. What they offer is the best."
AUBURN: "I was a fan of Auburn growing up and it is a very special place. I see myself really fitting into their system too. I am also close with a lot of the coaches there, including Gus Malzahn."
FLORIDA: "March 1 was the first time I ever visited Florida and I liked it a lot. I really like coach Robinson. He is young, I connected with him, and he has played in the SEC, so he knows the game. I really like how Florida can challenge me in academics and athletics and it is an up and coming program."
GEORGIA: "Georgia's defense is for real. They play elite defense with great players. Coach Schumann is cool, I like coach Scott and I just want to get over to Georgia for a visit."
LSU: "I have visited LSU twice and they have not just connected with me, but they have connected with my folks. My family doesn't like every school, but they really like LSU. That is big for me. I like their defense, the coaches and something about it there made me feel at home."
NEBRASKA: "Scott Frost stopped by Ramsay and that let me know I am very important to him. Coach Frost has been around, he has won before and he has Nebraska going in the right direction. Playing early is very important to me, and I see a real opportunity for that there also."
OKLAHOMA: "Oklahoma not only recruits me hard, but they are recruiting my mom hard too. They talk to her a lot and I talk to multiple coaches, including coach Lincoln Riley. They have recruited me hard and I think I could fit into their defense well."
TENNESSEE: "Tennessee is telling me they could use me anywhere on their defense. They want to move me around and they tell me I could start as a freshman. They are recruiting me harder than anyone and they are just different. I have been there three times and I like it up there."
Williams said when talking about the Vols, Tennessee is the school recruiting him hardest. When asked about that, Williams said, "It is an easy answer, Tennessee is recruiting me hardest. I can't tell you how many times they call, Face-time and text me. They are different and they are really coming at me hardest right now."
There is no order to his list at this time, but he is most familiar with Alabama, Auburn and Tennessee. The first visit to the Swamp last month stood out to him as well.
When could one school emerge and lead Williams to commit? It could happen at any time.
"I really will just commit when I feel I am ready," said Williams. "I do not feel like I am too close right now, but it could really happen whenever. I don't want to rush it, so I am staying patient, but when I feel I am ready, I will commit."
Williams was adamant that playing early means the most to him. Fitting into the scheme and challenging him academically is important too, but he wants to make an impact year one in college.
The schools on this list are his finalists and he plans to sign with one in December.
Click to expand...
Chad Simmons
Likes: 2xVol, dmwhite1, SmokeyDaBear and 10 others

We’re recruiting him the hardest and he wants to play right away.

I’m putting my crystal ball in for Tennessee.

HoleInTheRoof said:
We’re recruiting him the hardest and he wants to play right away.

I’m putting my crystal ball in for Tennessee.

Edit: I’ll never be bored enough to watch a top 8 video.
Click to expand...
That’s why you skip to the end

VOLUNTEERSZN said:
Chad Simmons
Click to expand...
Staff is working their butts off!! May have a shot here
Likes: BristolVol, SweetasSoda, Wadetime and 1 other person

there's such a good chance this class could be outfreakingstanding.....and getting this kid, among several others, would be a very good step in that direction. looks like they're doing good work here.....
Likes: SweetasSoda, Wadetime, VOLUNTEERSZN and 4 others

Could you imagine if we land Jeremiah and Dylan Brooks? I kinda love the idea of some Alabama kids bringing back our program.
Likes: Yazzy, coskramer, T Dog and 3 others

Williams, a four-star edge rusher from Ramsay High School in Birmingham, Ala., who's a top-100 prospect in 247Sports' rankings, recently announced his top eight college choices, and Tennessee joined five other SEC teams in his group of favorites. Alabama, Auburn, Florida, Georgia, LSU, Oklahoma and Nebraska also are among the contenders for the 6-foot-3, 224-pound Williams, who's ranked by 247Sports as the No. 67 overall prospect and No. 5 weakside defensive end in the 2021 class. Williams has visited Tennessee three times since early October. He most recently returned to Knoxville on March 1, along with most of his 7-on-7 teammates. The lone prediction on the 247Sports Crystal Ball points to Alabama as the current favorite to land him, but the Vols are believed to be one of a few teams in the best shape with him.
Click to expand...
247
Likes: VOLSONLY

Watch: Elite DE Jeremiah Williams talks Tide with BOL
Interview with Hank South. Said his biggest thing is early playing time. When asked who was recruiting him the hardest, Tennessee was the first one he brought up.
Likes: UTSuave’, dmwhite1, F0Rt_V0L and 16 others

I'm back and meaner than ever.

Tennessee is rolling with four commits in the span of five days last week, but don’t assume every top-prospect around the country is ready to jump onboard a program’s movement. “No, it doesn’t really phase me,” four-star outside linebacker Jeremiah Williams said of Jeremy Pruitt’s impressive week. “I’m not just going to commit somewhere because everyone else is. I have to take my time and do what is best for me.” The 6-foot-4, 225 pound defensive specialist has UT in a group with Alabama, Auburn, Florida, Georgia, LSU, Nebraska and Oklahoma as the top-choices moving forward after fielding 40-plus offers from around the country. “They can develop me. I’m a versatile player and they believe they can use that to their advantage,” Williams told Volquest. “Tennessee said it can put me in positions to go out and make big plays.”
Click to expand...
The Birmingham, AL. native reps multiple positions on the defensive side of the football that includes inside and outside linebacker, safety and defensive end. Williams compares himself to former Clemson linebacker Isiah Simmons. “I like Tennessee’s coaching and recruiting staff. I hear from them a lot,” Williams said. “Coach [Brian] Niedermeyer, coach [Derrick] Ansley and [head] coach [Jeremy] Pruitt believe I could make an impact early on if I choose Tennessee.” The Ramsay High School standout has visited Knoxville ‘three or four’ times over the course of his high school career and was on Rocky Top as recent as March 1 for a Junior Day. “I’ve really just been sitting at the house playing games,” Williams said. “Nothing has really changed. Of course, I haven’t been able to go anywhere this spring, but I’m still talking and keeping in touch with all the programs recruiting me."
Click to expand...
“Coach Pruitt knows what he is doing. He’s been highly successful in putting guys in the league,” Williams said. “I’ve talked to some players up there, too. They seem really cool and genuine about their situations.”
The Tennessee target is also taking other things into consideration when evaluating potential suitors. Williams places a high emphasis on academics with graduation rates and the success of students in the job field. If football doesn’t work out down the road, the Yellow Hammer State native wants to work with animals and explore the ocean. Marine Biology could be a focal point of studies at the next level. “I’m fast, smart and ferocious on the field,” Williams said of himself. “I’m not sure when a decision will be made. It just has to come to me.”
Click to expand...
-VQ
Likes: dmwhite1, T Dog, SweetasSoda and 8 others

holy cow, is it wrong that i completely forgot about this kid? and i really like this one a lot...lol.
Likes: T Dog, SweetasSoda, Ryno14 and 1 other person

jakez4ut said:
holy cow, is it wrong that i completely forgot about this kid? and i really like this one a lot...lol.
Click to expand...
I'll be honest, I didn't even know we had a chance with him. I only heard his name on the Bama board. It is unbelievable we are in on another one
Likes: SweetasSoda and HeadVol77

woke up quick at about noon

MemphisVol14 said:
Auburn probably leads for now
Click to expand...
Based on?

MemphisVol14 said:
Auburn probably leads for now
Click to expand...
First post after creating an account almost 6 years ago?? Thats some restraint... And you really brought a whopper of a first post.
Likes: CornbreadVol, clt_tiger, ChiTownVol and 4 others 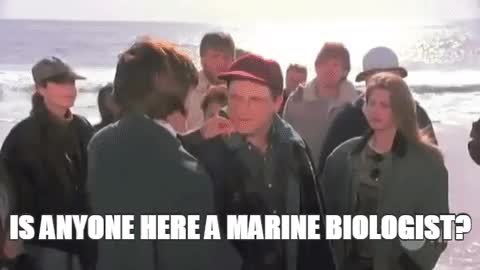 VOLuptuousBOOMS said:
First post after creating an account almost 6 years ago?? Thats some restraint... And you really brought a whopper of a first post.
Click to expand...
AP said it Monday night in chat I think. Believe me I’m one of the “insider guys” on volquest according to them haha. Only reason I haven’t posted on here is because I’ve Always been on there. I’m MemphisMitch14 on VQ.
Likes: OrangeShade, 5FingerVolPunch, clt_tiger and 14 others

MemphisVol14 said:
AP said it Monday night in chat I think. Believe me I’m one of the “insider guys” on volquest according to them haha. Only reason I haven’t posted on here is because I’ve Always been on there. I’m MemphisMitch14 on VQ.
Click to expand...
Welcome
Likes: T Dog, SugarCC, Bassmaster_Vol and 7 others
M

SLICKYINC said:
Welcome
Click to expand...
Thanks. I’ll try to bring you guys as much info as I can. Usually have a good feel on Memphis prospects. I was a coach In the Memphis area for the past 5 years.
Likes: OrangeShade, clt_tiger, JustSomeVolFan and 13 others

MemphisVol14 said:
Thanks. I’ll try to bring you guys as much info as I can. Usually have a good feel on Memphis prospects. I was a coach In the Memphis area for the past 5 years.
Click to expand...
Go ahead and hit the Pennington thread .
Likes: T Dog, SugarCC, Bassmaster_Vol and 3 others
New posts
You must log in or register to reply here.
<< Tennessee Vols Recruiting Forum
Share: Facebook Twitter Email Link