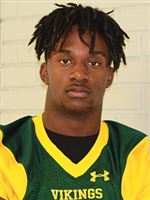 Oh.
I thought his position was Non-Combatant (NC).

HoleInTheRoof said:
Tony Bologna never forgot to put their position in the thread title..
Click to expand...
And he always put their vitals in the post.
Likes: 1 person

drvenner said:
And he always put their vitals in the post.
Click to expand...
latest blood pressure reading, what they had for breakfast, stool sample and favorite shower song

drvenner said:
And he always put their vitals in the post.
Click to expand...
Say what you will about Tony sammichmeat, but that man was serious about those vitals.

What happened to TonyB?

bignewt said:
latest blood pressure reading, what they had for breakfast, stool sample and favorite shower song
Click to expand...
Yep. These threads nowadays don't even tell us their favorite color. SMDH.

PA Vol said:
What happened to TonyB?
Click to expand...
he kinda got ran off/disappeared after he admitted to actively contacting recruits on twitter.

LouderVol said:
he kinda got ran off/disappeared after he admitted to actively contacting recruits on twitter.
Click to expand...
nvm

LouderVol said:
he kinda got ran off/disappeared after he admitted to actively contacting recruits on twitter.
Click to expand...
Was that Sab resurfaced?
Likes: 1 person

Boykins told 247Sports Don Callahan this week that Clemson, South Carolina, Tennessee and North Carolina are the four schools sticking out to him, and his visit with the Vols easily lived up to his expectations. I mean, it was all of what I thought it was going to be, said Boykins, whos ranked by 247Sports as the No. 336 overall prospect and No. 24 outside linebacker in the 2019 class. Everything was nice  big-time SEC football. They had nice facilities. The stadium, it was overwhelming, being down there  102,455 people. It was crazy.

Talking to Coach Pruitt, everything was nice, Boykins added, referring to new Tennessee coach Jeremy Pruitt. The 6-foot-0.5, 221-pound Boykins admitted he didnt know at first that Pruitt had been hired in December as the Vols coach, but he was excited about that. He said Pruitt is one of the reasons hes now strongly considering Tennessee, and he believes Pruitt will succeed in turning around the Vols program. I buy that all the way, Boykins said. I mean, Coach Pruitt said he knows exactly what to do. He won championships and all that. Hes been at a lot of great places. Hes one of the best defensive minds in college football, so it would be nice to play for him since I play linebacker.

Theyre changing the schemes and everything, so theyre running a whole new defense now that Coach Pruitts there.  I mean, I would like to play in a system like that. Thats a wonderful defense hes fixing to install. Boykins said the best part of his trip to Tennessee was probably talking to Coach Pruitt. He was just like, This year is going to be the worst record well have while Im here, Boykins said, recalling his conversation with Pruitt. He said hes going to get this thing turning in a hurry, and he said he wants me to be a part of it. He said, Youre one of them linebackers Im used to seeing. He coached at Alabama and Georgia and stuff like that, so he was like, Yeah, this is what Im used to seeing right here.

In college Im trying to play Will  play inside, play Will backer  be in space a little bit, still fill the B-gap, he said. And (Pruitt) said I can be that guy for the defense and all that. He said hes most interested in the Vols because of Pruitts staff, along with the defense and the chance to play big-time SEC football. And he made it clear he will visit Tennessee again, probably by this summer. "If I make my decision during the season, Ill probably try to get to a game or something like that, Boykins said.
Click to expand...
-247

He also said he's been talking mostly with Montario Hardesty, he and his mom really like MH.
Last edited: Apr 13, 2018
Likes: 4 people

He also said he's been talking mostly with Montario Hardesty, he and his mom really like MH.
Click to expand...
So Pruitt thinks 15-0 will be our worst record while he's here? Nice.
Likes: 4 people

Sleegro said:
So Pruitt thinks 15-0 will be our worst record while he's here? Nice.
Click to expand...

Sleegro said:
So Pruitt thinks 15-0 will be our worst record while he's here? Nice.
Click to expand...
Ron Swanson said:

Click to expand...
Ron is Pruitt? Pruitt is Ron?

Coach Niedermeyer stopped by his school today per 247.
Likes: 3 people

Callahan with the CB to South Carolina. He just put out a story and Boykins is originally from SC, grew up a cock fan.
New posts
You must log in or register to reply here.
<< Tennessee Vols Recruiting Forum
Share: Facebook Twitter Email Link