C-south said:
You have to believe they just want to be told they’re a victim and that’s why they fell short in life. It wasn’t any of their bad decisions just the color of their skin.
Click to expand...
Unfortunately I am sure that is part of the inner city mentality. Democrats sure do love to create victims.

lawgator1 said:
That doesn't mean anti family. That's always been a ridiculous overclaim by the right.
Click to expand...
BLM openly stated on their website a desire to dissolve the nuclear family.

If you don’t believe the increase in single parent households is due to left wing policies, what do you attribute it to?
Likes: MemphisVol77

BayVol7 said:
Who cares what they have?
True equality is when people are no longer judged based on the color of their skin and everyone has equal opportunity to succeed.
Click to expand...
What you’re proclaiming is openly mocked and ridiculed by left wing America. That’s what’s really sad. The left has moved away from the colorblind society of MLK and towards the racial polarization of neomarxist
V 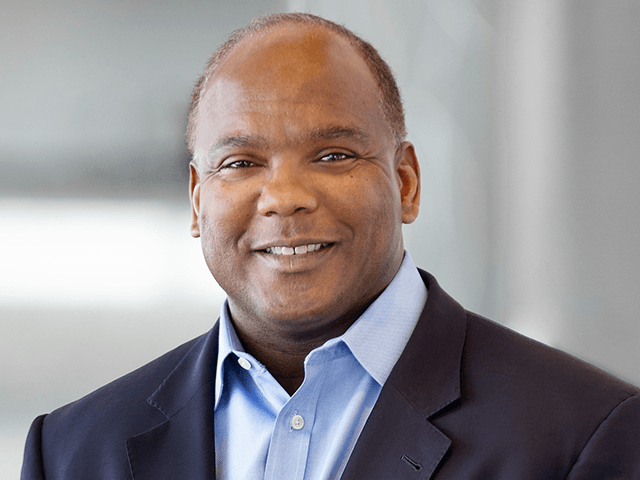 Facebook/Kendall A. Qualls
DR. SUSAN BERRY24 Nov 202112
6:43
An anti-woke black leader denounced the pervasion of racial identity in the country’s culture and urged Americans to achieve a “post-racial” state by encouraging a return to two-parent black families.
At an event sponsored in early November by the Liberty Classical Academy, Minnesota-based TakeCharge President Kendall Qualls addressed the issue of “Envisioning a Post Racial America,” and moving the nation beyond its current laser focus on racial identity.

Qualls, who speaks out regularly against Critical Race Theory, observed that on the day Rev. Martin Luther King, Jr. was assassinated, he was five years old, and “at that time, nearly 80 percent of black children were born in two-parent families”:

In my lifetime, we have seen the black community transformed from 80 percent two-parent families to 80 percent fatherless homes, without one national initiative to reverse the trend. If the American black family was a spotted owl or grey wolf, it would be on the endangered species list. There would be a national campaign to save the black family. There’d be galas, commercials, bumper stickers … My friends, what has happened in the black community is nothing short of a cultural genocide, and it’s the cause of 90 percent of the problems that we face in our communities. Not the mystical systemic racism. This is not the dream that Martin Luther King had in mind, and it’s been a nightmare for children. born during this time. We have been used as political pawns for 50 years and it ends tonight.​

The black leader noted to his audience that, while Americans are today “bombarded with messages, that the country is overflowing with white supremacy, systemic racism,” the truth is “we’re actually living in the least racist period in our country’s history:”

But if you listen exclusively to news media, the entertainment industry and what I like to call the academic industrial complex, you would never know the real truth. That this is the least racist period in our country’s history in one of the least racist countries in the world. So having lived through the Jim Crow South, my parents and grandparents would have loved to have grown up in the America that I grew up in.​
Qualls explained that, even within his own family of origin, a great contrast exists in the lives of his and his wife’s children and those of some of his siblings:

My children are the only ones that grew up with both a mother and a father in the home. Half their cousins have never finished high school. None have gone on to college. Half my nephews have been incarcerated. My nieces are mothers of children, having never been married. So, how do we explain these differences? Was the systemic racism built into American society? Or was it something else? Well, here you have two tales from the same family, same skin color, yet the disparities are quite broad.​
Qualls said that, while he grew up first in Harlem in New York City, and then in a trailer park in Oklahoma, where he was often called “ghetto kid” and “trailer trash,” he was motivated to get an education, which he called “the great equalizer.”
Ultimately, he began a marketing career in the healthcare industry, where, at 36 years old, he became responsible for a $94 million budget.
“Trust me, I tell people all the time, I’m no one exceptional,” Qualls told his audience. “I live in an exceptional country. And I serve an exceptional God. A story like mine can happen … only in America, but it’s happened to millions of people in this country.”


He said his experience is a stark example of how America has changed:


I know what systemic racism is. My parents and grandparents lived through systemic racism. I did not. Over the course of my life … I received help from people, personally and professionally, that didn’t look like me. I received help from people who were black and white, rich and poor, male and female, from all over the country. They helped out of the goodness of their hearts. How do I know that? Because I had nothing to give them … Americans routinely help people who are trying to better their lot in life, and they don’t put a racial filter on it.​
“If you look for racism in this country, you’ll find it,” Qualls emphasized. “But if you look for opportunity, you’ll find it 100 times over.”
He invited his audience to observe that many native-born black Americans are “blinded by the tears of anger, mistrust, and misunderstanding,” in contrast to the black Americans who have legally immigrated to the United States from the Caribbean Islands and African nations such as Nigeria.
“They earn significantly more than native born black Americans,” Qualls explained. “They achieve higher levels of education. And they are living the American Dream that civil rights leaders desired for us.”
“Many of these new citizens came to the country with intact families, which helped them with achievement and integration,” he added. “But another reason they’ve had success is they haven’t been indoctrinated by years of anti-white, anti-American, and anti-capitalist hatred.”


Qualls urged black Americans to “reconcile with the sins of our nation, re-establish two-parent families, rebuild our culture, and join other Americans around the table of prosperity as fellow citizens of this great country.”
He recommended black Americans begin this transformation by “tapping into the strength of our cultural roots of the black culture, which is linked to our Christian faith”:

Forgiveness is the cornerstone for Christianity. Just as God extends forgiveness to us in Christ, we are called to forgive others. As we take steps to forgive our country for the sins of slavery, Jim Crow laws, and many other forms of bigotry that followed, the heavy burden of bitterness, anger, resentment will be lifted from our shoulders. Our eyes will be open to clearly see the path forward, allowing us to focus on what’s best for our future, and the future of our children.​
“I want to be clear: to forgive is an act of strength, not weakness,” Qualls asserted.
“We cannot continue forth as a healthy nation, thinking we are living in two separate Americas, and pitting groups of people against each other,” he emphasized. “It is unsustainable, and it is un-American.”
“We must come together with a renewed hope in our future,” he said, “by returning to trusted foundational values that can see us through a post-racial America, foundational values and behaviors that have weathered the test of time, which include personal responsibility, strong work ethic, pride in one’s nation, faith, two-parent families, and a first-rate education that allows anyone, and yes, I do mean anyone, to achieve their dreams.”
Click to expand...
Wow, inspiring our marxist dems have tried to destroy God's plan and design for family. They need to marry and stay together

Does the destruction of the black two-parent family predate the War on Drugs?

It wasn’t always like this, and I want to say the break goes back further.

85SugarVol said:
Does the destruction of the black two-parent family predate the War on Drugs?

It wasn’t always like this, and I want to say the break goes back further.
Click to expand...
No. But there’s some serious issues with claiming black marriage rates are low because of the war on drugs.

The main ones being that only 20% of prisoners are in there for non violent drug offenses. And then you’d have to argument that a significant chunk of that 20% would have been good fathers if they weren’t locked up. The numbers just don’t add up

The real issues are the welfare state, the sexual revolution, and black culture

Vol8188 said:
No. But there’s some serious issues with claiming black marriage rates are low because of the war on drugs.

The main ones being that only 20% of prisoners are in there for non violent drug offenses. And then you’d have to argument that a significant chunk of that 20% would have been good fathers if they weren’t locked up. The numbers just don’t add up

The real issues are the welfare state, the sexual revolution, and black culture
Click to expand...
When did we see the dismantling of the black family unit? I want to say it does predate the War on Drugs.

85SugarVol said:
When did we see the dismantling of the black family unit? I want to say it does predate the War on Drugs.
Click to expand...
https://www.cdc.gov/nchs/data/nvsr/nvsr48/nvs48_16.pdf

85SugarVol said:
What does it say?
Click to expand...

Off topic but watched some SK videos the other night and Sam was once a preacher..you gotta get a look of him then. lol

Your ray of sunshine

85SugarVol said:
Does the destruction of the black two-parent family predate the War on Drugs?

It wasn’t always like this, and I want to say the break goes back further.
Click to expand...
LBJs great society.

Brooks Robinson is not black.

Why have a husband when you have the govt or other handouts?

Hundreds Of Black Women In Georgia Will Get $850 Per Month In Guaranteed Income
Last edited: Dec 9, 2021
New posts
You must log in or register to reply here.
<< Politics Forum
Share: Facebook Twitter Email Link